It’s a well-known story: The peppered moth’s ancestral typica phenotype is white with dark speckles. In the decades following the Industrial Revolution, a new, soot-colored form, known as carbonaria, flourished and displaced the typica moths in the heavily polluted woodlands of Europe. Although scientists hypothesized as early as 1896 that the increase in carbonaria frequency could be explained simply by the fact that soot-covered tree barks camouflaged the dark-colored moths against predation by birds, it wasn’t until the 1950s that an Oxford University lepidopterist named Bernard Kettlewell performed the key experiments that provided persuasive evidence that bird predation was indeed the selective agent at work. But criticism of Kettlewell's experiments at the turn of the 21st century threatened to strip the peppered moth's iconic status as a textbook example of evolution. 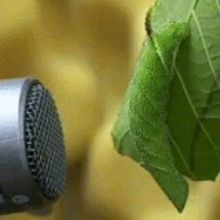