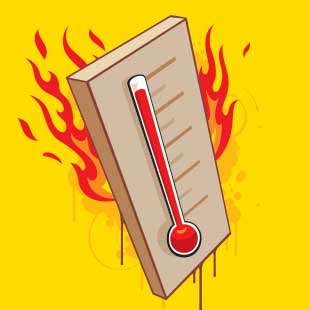 [Trump’s] de-funding of many of the basic scientific programs that are there to measure, to monitor what’s happening with the climate, is sort of like having a child who is suffering from a very high fever, and then deciding to just stop measuring their temperature, stop taking their temperature. That’s effectively what he is doing. But not just with a single human being—with our entire planet—and it’s a threat to all of us.

That is not known as an objective writer or magazine.

—Chairman of the US House science committee Lamar Smith (R-TX), during a hearing on climate change in which Michael E. Mann mentioned a Science news article criticizing Smith’s politicizing of the committee...

It’s not socially acceptable to say that there might be group differences in an endophenotype—in their behavior, intelligence, anything that might have any genetic component. . . . If someone’s going to ask me, I’m going say, ‘It could be true.’

—Science blogger Razib Kahn, on the controversy surrounding his writing on race, which posits a biological underpinning for what many scientists consider to be a social construct (Undark, March 28)

What the study of complete genomes from different parts of the world has shown is that even between Africa and Europe, for example, there is not a single absolute genetic difference, meaning no single variant where all Africans have one variant and all Europeans another one, even when recent migration is disregarded. It is all a question of differences in how frequent different variants are on different continents and in different regions.

—Svante Pääbo, biologist and director of the Max Planck Institute for Evolutionary Anthropology in Germany, on the lack of a genetic basis underlying racial categories (February 5, 2016)

There is currently no US organization that promotes research integrity across sectors and disciplines on a continuing basis and as its core mission.

I’d much rather fight Ebola in West Africa than in West Dallas.

—Representative Tom Cole (R-OK), chair of the House Labor, Health and Human Services, Education, and Related Agencies subcommittee, on proposed cuts to the Centers for Disease Control and Prevention (March 29)

Science is still the best thing that has happened to humans, even more so because it tries to understand and correct biases.

—Stanford University’s John Ioannidis, in STAT interview about the results of his meta-analysis, published in PNAS (March 21), that reviewed seven types of bias across 22 scientific disciplines