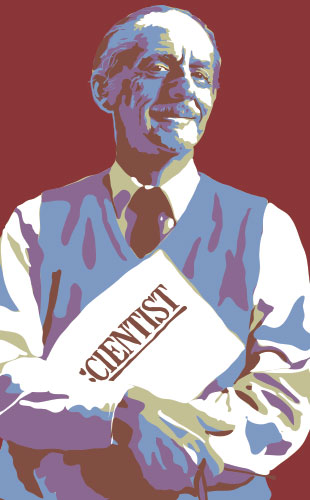 Everything he did, he was ahead of everybody in so many ways. He was a genius of a very special type. Not only because he had this incredible imagination and brain, but he had incredible tenacity and courage.

—Vitek Tracz, publisher of Faculty of 1000 and former co-owner of The Scientist, on the passing of Eugene Garfield, the scientometrics pioneer who launched The Scientist in 1986 (February 27)

I think that measuring with precision human activity on the climate is something very challenging to do, and there’s tremendous disagreement about the degree of impact, so no, I would not agree that it’s a primary contributor to the global warming that we see.

—Former Vice President Joe Biden, in a speech delivered at this year’s South by Southwest festival in Austin, Texas, about the federal government’s role in cancer research (March 12)

To succeed, the Trump administration needs to assume the leadership Biden was given previously as vice president to foster cooperation and collaboration among the various federal agencies and institutions with relevant resources, and to guide [the] moonshot in a direction that maximizes its value to public health.

His treatment was much easier than what some people have to endure, but I’ve found that physicians who have a cancer experience understand the human side of things and how treatment impacts individuals and families.

It would allow employers to ask employees invasive questions about . . . genetic tests they and their families have undergone . . . [and] to impose stiff financial penalties on employees who choose to keep such information private, thus empowering employers to coerce their employees.

—Nancy Cox, president of the American Society of Human Genetics, in a letter delivered to the House Committee on Education and the Workforce a day before it approved HR 1313, a bill that would allow companies to require their workers to undergo genetic testing or pay fines (March 10)