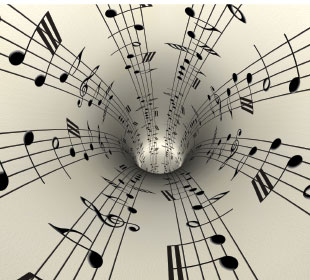 © ISTOCK.COM/BGKOVAKWithout music, life would be a mistake.

—Friedrich Nietzsche, Twilight of the Idols (1889)

Anatomists today would be hard put to identify the brain of a visual artist, a writer or a mathematician—but they would recognize the brain of a professional musician without a moment’s hesitation.

—Oliver Sacks, Musicophilia: Tales of Music and the Brain (2007)

We’re all synesthetes—except we don’t know it. Cross-connection is the rule for all brains. Synesthetes just have more of it.

—Richard Cytowic, George Washington University neurologist and one of the leading researchers on synesthesia (Smithsonian.com, January 5)

Science is more than a body of knowledge; it is a way of thinking. I have a foreboding of an America in my children’s or grandchildren’s time—when the United States is a service and information economy; when nearly all the key manufacturing industries have slipped away...

—Carl Sagan, Demon-Haunted World: Science as a Candle in the Dark (1995)

Science is not a political construct or a belief system. Scientific progress depends on openness, transparency, and the free flow of ideas.

—Rush Holt, CEO of the American Association for the Advancement of Science, at a Congressional hearing on the future of the US Environmental Protection Agency (February 8)

[Pardis Sabeti and Houra Merrikh] represent the future of science in this country. They show that by preventing people from Iran from coming to this country, we’re hurting our chances to excel in science. And contributions in science translate to economic gains.

—Jan Vilcek, New York University biologist and founder of an organization that raises awareness of immigrant contributions to biomedical research, on the danger of President Donald Trump’s ban on immigrants from seven Muslim-majority countries, one of which is Iran (The Atlantic, January 29)