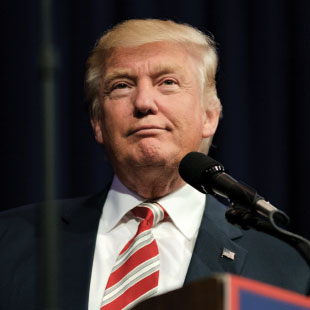 I wouldn’t say regulations are perfect but we want them to be based in science, and to come from really strong evidence. There may be a wholesale turning away from that science to this narrative of “regulations are bad.”

—Biologist Andrew Rosenberg, director of the Center for Science and Democracy, on the prospects for evidence-based policymaking in the Trump Administration. (The Atlantic, December 2)

We’re gearing up for a fight. We don’t know exactly where that fight will be fought, because we haven’t yet seen the policies that the Administration will push. But we’re expecting that the First Amendment will be an area where there’s some controversy. And if the speech of scientists is caught up in restrictions on speech, then we’ll be there.

— ACLU attorney Alex Abdo, speaking to The Scientist about the organization’s plans for defending the rights of...

To alter wild populations or bring whole species to extinction has major ethical, social, and environmental implications. Not only do we lack the knowledge and understanding to carry out such complex risk assessments, we don’t even know what questions to ask. We need to pause and allow the scientific community, local communities, and society at large to debate and reflect, rather than simply allowing technology to lead us down this path. In the meantime, a moratorium is essential.

—Ricarda Steinbrecher, a molecular geneticist representing the Federation of German Scientists, advocating for a cessation of research on using gene drive to combat mosquito-borne diseases at the recent 2016 United Nations Convention on Biodiversity meeting in Mexico (December 5)

It is a very progressive way of promoting preprints and reasonable as a policy for a private foundation. But the hope would be that, over time, biologists grow to see the value and want to do this, just like the physicists do, rather than being forced into it. Being forced to do something is not necessarily the best way to win over someone’s heart.

—Ron Vale, University of California, San Francisco, cell biologist and founder of the preprint advocacy group ASAPbio, on a recently announced decision by the NIH-funded research consortium the 4D Nucleome to mandate that its awardees post their manuscripts to online preprint servers prior to peer review (November 30)

Frankly, our country cannot reach its full potential if more than half of its people do not feel welcomed into the lab where their ideas, their talent, and their ambition is needed.

With the increased availability of legalized marijuana, there is an urgent need to understand the prevalence of its use and also its effects among older generations. The paucity of knowledge in this area constrains the care for a changing demographic of older adults with higher rates of substance use.

—Benjamin Han, a geriatrician at New York University’s Langone Medical Center, on his recently published Addiction study that found a 71 percent increase in marijuana use among US adults aged 50 and older from 2006 to 2013 (December 2)