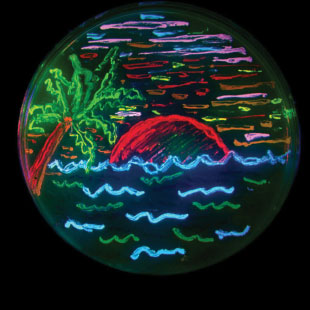 I’ve always been attracted to colors. Color helps make the work more interesting and endurable. It helps when things aren’t going well. If I had been born colorblind, I probably never would have gone into this.

—Late biologist Roger Tsien of the University of California, San Diego, reflecting on his 2008 Nobel Prize for Chemistry, which he shared for his role in the development of green florescent protein (San Diego Union-Tribune, October 8, 2008)

Rarely are the smartest people the most creative too, but Roger was both.

We take no sides between the traditional subscription model and the open-access model. We believe both of them can be done in a fair, open, clear, and lawful way. What we have a problem with here is people who are trying to benefit from the open-access model to scam people.

—Ioana Rusu, an attorney with the US Federal Trade Commission, on the legal complaint the FTC filed with alleged predatory publisher OMICS Group (Inside Higher Ed, August 29)

Brain size has increased about 350 percent over human evolution, but we found that blood flow to the brain increased an amazing 600 percent. We believe this is possibly related to the brain’s need to satisfy increasingly energetic connections between nerve cells that allowed the evolution of complex thinking and learning.

—Australian biologist Roger Seymour of the University of Adelaide, in a statement on his team’s recent study published in Royal Society Open Science (August 31)

If you’re looking for meaningful outcomes at the end of five years, then you might as well pull the plug now, because [NRMN] is going to fail. . . . Many of us are concerned that if NIH officials don’t see results immediately, they will say, “Too bad, we tried. But that’s the best we can do.”