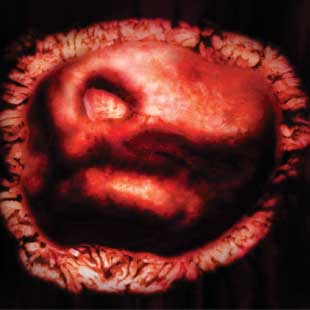 TESTING THE LIMITS: An artificially colored MRI of a 13-day-old human blastocyst implanted in the uterine wall© ANATOMICAL TRAVELOGUE/SCIENCE SOURCE

The 14-day rule was never intended to be a bright line denoting the onset of moral status in human embryos. Rather, it is a public-policy tool designed to carve out a space for scientific inquiry and simultaneously show respect for the diverse views on human-embryo research.

What if scientists could culture the human embryo for longer than 14 days? Perhaps we could begin to understand the consequences of fetal alcohol syndrome, study the potential causes of autism and find out why some environmental chemicals can affect development. Perhaps we might, for example, be able...

—Peter Donovan, biologist at the University of California, Irvine, in response to the recent Nature commentary questioning the internationally agreed 14-day limit on human embryo research (May 4)

I am rock solid about my research. I know it is very good. But this wastebook targeted a short paper that was the first paper in my young graduate student’s career.

—Duke University biologist Sheila Patek, at an April event in Washington, DC, discussing the ramifications of her mentee’s mantis shrimp research being included in Senator Jeff Flake’s (R-AZ) “wastebook,” which is designed to highlight what he deems to be unnecessary federally funded science (April 13)

This has been enlightening, and we want to make sure we are accurate. It is a learning process.

—Senator Jeff Flake (R-AZ), sharing his thoughts on an April meeting where several of the researchers targeted by his “wastebook” gathered to discuss their maligned projects and educate Congressional staffers on the utility of their federally funded science (April 13)

We can’t save every species, of course. The planet is losing its biodiversity at an alarming rate, and there are too many species circling the drain. Conservation professionals acknowledge that we will need to perform a sort of conservation triage, a painful process of deciding which species to try to rescue and which to let go.

—Journalist Hillary Rosner, in a New York Times opinion piece about the efforts of biotechnologists to conserve Earth’s biodiversity (April 16)

Many of my most talented graduate students that I’ve trained with PhDs in molecular biology and biochemistry have gone on to be lawyers, venture capitalists, you name it. I think that’s great! Because they never forget their scientific training, and to me that’s worth every effort. So that’s why I say, no, we need more PhDs, not fewer.

—Robert Tjian, president of the Howard Hughes Medical Institute, on the need for increased scientific training in the U.S. (April 28)