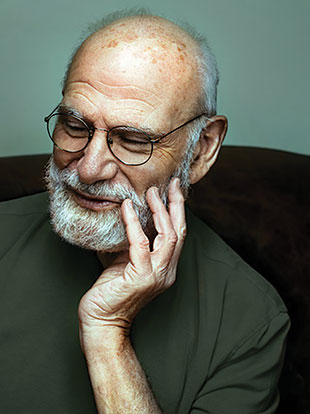 —Oliver Sacks, The Man Who Mistook His Wife for a Hat and Other Clinical Tales (1985)

Over a lifetime, I have written millions of words, but the act of writing seems as fresh, and as much fun, as when I started it nearly seventy years ago.

—The closing line of On the Move: A Life, the 2015 autobiography of neurologist and author Oliver Sacks, who died on August 29. The book was the last he published during his lifetime.

I’d like for the last guinea worm to die before I do.

—Jimmy Carter, former US President and head of...

Will we have the wisdom to overcome our fear of new technologies and re-invest in the kind of agricultural research and development that can simultaneously increase agricultural productivity and decrease its environmental impact, so that we might preserve what remains of our extraordinary biological heritage? . . . The answers to these questions will, for better or worse, shape our future civilizations.

—Nina Fedoroff, molecular biologist and former Science and Technology Adviser to Hillary Clinton and Condoleezza Rice, writing in Agriculture and Food Security about the importance of genetic modification in feeding a growing global population (August 21)

If you start cherry-picking science, that’s the beginning of the end of an informed democracy.

As more of us scientists become accustomed to commenting on papers, and as that becomes more of a part of the overall scientific process, I think we’ll be able to finally up-end the backwards reward structure that is currently in place in science. Hopefully we can get to a point where the data are much more important to a scientist’s career than the journal that published them.

—University of Paris neuroscientist Brandon Stell, who recently revealed that he is a cofounder of PubPeer, a website for anonymously commenting on published research, in an interview with Retraction Watch (August 31)

Having something that is human to address a human disorder is second to none. It is an immensely viable research tool.

—J. Michael Bowers, a University of Maryland School of Medicine researcher, speaking to the Baltimore Sun about his use of donated fetal tissues in his studies of gender differences in brain development at the University of Texas Southwestern Medical Center (August 31)