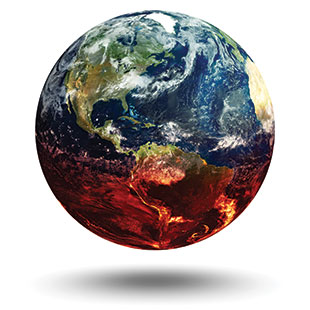 A very solid scientific consensus indicates that we are presently witnessing a disturbing warming of the climatic system. In recent decades this warming has been accompanied by a constant rise in the sea level and, it would appear, by an increase of extreme weather events, even if a scientifically determinable cause cannot be assigned to each particular phenomenon. Humanity is called to recognize the need for changes of lifestyle, production and consumption, in order to combat this warming or at least the human causes which produce or aggravate it.

I don't get economic policy from my bishops or my cardinals or from my pope. . . . I think religion ought...

If we hadn't had massive cuts to [the National Institutes of Health] we probably would have a vaccine for Ebola.

Although differing perspectives on the irreproducibility rate in preclinical research may persist, one fact remains clear: the challenge of increasing reproducibility and addressing the costs associated with the lack of reproducibility in life science research is simply too important and costly to ignore.

—Nobel Laureate Tim Hunt, speaking at a conference in South Korea. The biochemist resigned from posts at University College London, The Royal Society, and the European Research Council after the public uproar over the comments (June 10)

Along with many others, I didn't like Sir Tim Hunt's joke, but "disproportionate" would be a huge underestimate of the baying witch-hunt that it unleashed among our academic thought police: nothing less than a feeding frenzy of mob-rule self-righteousness.