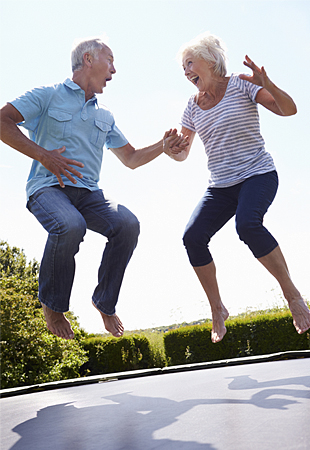 Quam continuis et quantis longa
senectus/Plena malis!
How incessant and great are the ills
with which a prolonged old age is replete.

Ultimately, all medical research is aimed at prolonging life—but we must strive to prolong healthy life. Therefore, our challenge remains defining health and the ability to test and quantify healthy living.

These results suggest that only a third of the variation in cancer risk among tissues is attributable to environmental factors or inherited predispositions. The majority is due to “bad luck,” that is, random mutations arising during DNA replication in...

—Johns Hopkins University biologists, Cristian Tomasetti and Bert Vogelstein, writing in their recently published Science paper, in which they claim that two-thirds of the variation in cancer risk among people can be chalked up to chance (January 2)

We find that many highly educated, well-informed, religious individuals accept scientific theories about topics such as geology, radioactivity, planetary motion, genetics, and probability while rejecting mainstream scientific accounts of evolution and the big bang.

—Timothy O’Brien, sociologist at the University of Evansville and the lead author of a February American Sociological Review study, which found that roughly one in five Americans are deeply religious, know
a lot about science, and support many practical uses of science and technology in everyday life, but reject scientific explanations of creation and evolution (January 29)

Twenty–first century businesses will rely on American science, technology, research and development. I want the country that eliminated polio and mapped the human genome to lead a new era of medicine—one that delivers the right treatment at the right time.

—President Barack Obama, in his State of the Union Address before the US Congress (January 20)