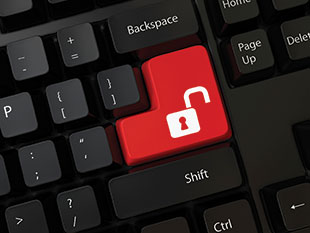 —Timo Hannay, managing director of Digital Science, which is owned by Macmillan Publishers, in a statement announcing a move by the publisher to make the contents of all journals under Nature Publishing Group freely readable online to users sent a link to a paper by a subscriber (December 2)

To me, this smacks of public relations, not open access. With access mandates on the march around the world, this appears to be more about getting ahead of the coming reality in scientific publishing. Now that the funders call the tune and the funders want the articles on the web at no charge, these articles are going to be open anyway.

—University of Cambridge theoretical physicist Stephen Hawking, talking to the BBC about the dangers of developing artificial intelligence (December 2)

We are drowning in information, while starving for wisdom. The world henceforth will be run by synthesizers, people able to put together the right information at the right time, think critically about it, and make important choices wisely.

—Harvard biologist E.O. Wilson, in his 1998 book Consilience: The Unity of Knowledge

Because I was an “unperson” I was fired from the boards of companies, so I have no income, apart from my academic income.

—James Watson, Chancellor Emeritus of Cold Spring Harbor Laboratory, and codiscoverer of the double-helical structure of DNA, describing his partial motivation for auctioning off his 1962 Nobel Prize medal, which sold on December 4 for $4.1 million (Financial Times, November 28)

In my opinion, a situation in which an outstanding scientist has to sell a medal recognizing his achievements is unacceptable. James Watson is one of the greatest biologists in the history of mankind, and his award for the discovery of DNA structure must belong to him.

—Russian entrepreneur Alisher Usmanov, speaking to The New York Times about his decision to return James Watson’s 1962 Nobel Prize medal after paying more than $4.1 million for it at auction (December 9)