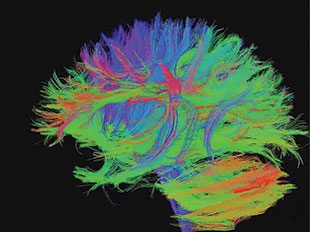 Your connectome is you. If you know all 1015 connections in your brain, and you understand those, [it is possible to predict] exactly what you are going to do.

What we’re discovering about the brain through spatial mapping is likely of greater consequence than just for understanding about space. . . . Indeed, it seems to support autobiographical memory in humans.

—Colin Lever, a senior lecturer in the department of psychology at Durham University in the U.K., speaking to The Scientist about the Nobel Prize recently awarded to his mentor John O’Keefe and to May-Britt and Edvard Moser for discovering cells that constitute...

I am much better at recognizing my neighbors’ dogs (they have characteristic shapes and colors) than my neighbors themselves.

—Neurologist and author Oliver Sacks, in his 2010 book The Mind’s Eye, in which he discusses his struggles with prosopagnosia, or face blindness

Sex is a critical variable when trying to understand the biological and behavioral systems that fundamentally shape human health. As such, it also is a critical element to be considered when designing rigorous preclinical research experiments that inform human studies.

—Sally Rockey, the National Institutes of Health’s Deputy Director for Extramural Research, on the agency’s plan to develop and implement policies requiring NIH applicants to consider sex as a variable in biomedical research involving animals and cells (September 11)

During the current emergency, caring for the sick and stopping the spread of the virus are clearly the most important and immediate tasks. Once the epidemic is over, however, it will be paramount to reassess the extent of the area at risk of outbreaks. Health care systems in these regions will then need to be strengthened and made capable of curbing any further outbreaks at the source. The area found to be at risk is home to some of the most under-resourced health care systems in the world—with the five countries afflicted by the current outbreak ranking among the world’s worst both in terms of maternal mortality and human development.

—Sebastian Funk, researcher at the Centre for the Mathematical Modelling of Infectious Diseases, and Peter Piot, London School of Hygiene and Tropical Medicine microbiologist and codiscoverer of the Ebola virus, in a recent eLife paper about mapping the disease in wild African animals (September 19)

I have Ebola. You’re all screwed.

—The ill-advised, post-sneeze joke voiced by an as-yet-unnamed man who was escorted off of his flight by health workers wearing full hazmat suits in Punta Cana, Dominican Republic (October 10)