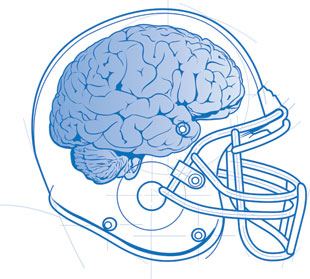 Although we cannot play every game in Denver, the winning strategies for defeating the concussion crisis may come from research focused on recreating the safe biomechanics already in use in the animal kingdom.

I’ve never regretted being in science and being in research. The exhilaration that one gets in making new discoveries is beyond description.

—University of Chicago geneticist Janet Rowley, who died in December, on receiving a 2009 Presidential Medal of Freedom

We know that unemployment is low among scientific PhDs now, but we don’t really know where...

I consider this one of the greatest paradoxes of our time.

—Harvard University biologist George Church, after no one in an audience of 150 attending a seminar on personalized medicine raised his hand when Church asked if anyone had gotten his genome sequenced (December 13)

We all know [scientific fact], but we keep it to ourselves. Don’t! Share the love.

—Astrophysicist Neil deGrasse Tyson, speaking at the 223rd meeting of the American Astronomical Society about how scientists can better interact with the public (January 6)

Never before has a science expedition reached out live to so many people from such a remote location.

—Chris Turney, leader of the Australasian Antarctic Expedition research crew, aboard the Russian ship Akademik Shokalskiy, which was trapped by thick sea ice for almost two weeks before being rescued (January 6)