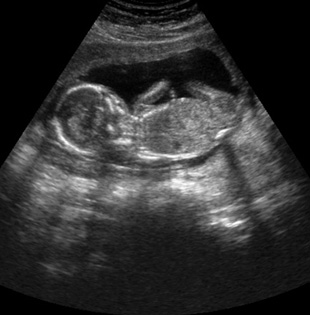 Watch a sonogram of a 15-week baby,
and they have movements that are
purposeful. They stroke their face.
If they’re a male baby, they may have
their hand between their legs. If
they feel pleasure, why is it so hard
to think that they could feel pain?

—Representative Michael Burgess (R-TX), a former OB/GYN, during a House Rules Committee hearing, in support of a GOP bill that would ban abortions after 20 weeks (June 17)

We certainly can see a movement of a fetus during that time, but in terms of any knowledge about pleasure or pain— there are no data to assess. We don’t know enough about the biology and the science. For whatever reason in our...

—Jeanne Conry, president of the American College of Obstetricians
and Gynecologists, in response to Burgess’s comment
(US News and World Report, June 18)

We can’t call the Higgs boson the “God
Particle” anymore, because now we have
tangible evidence that it exists.

—Physicist Sean Carroll, in a post on his blog,
www.preposterousuniverse.com (March 18)

It should not be the scientists
who are required to be flexible;
it should be the system that they are being asked to use.

—Bioinformatician John Boyle, in a Nature column about the need
for a functional system to analyze big-data that can be used
and shared by all biologists (July 3)

We hold that a naturally-occurring
DNA segment is a product of
nature and not patent eligible
merely because it has been isolated.

—Justice Clarence Thomas, writing the US Supreme Court’s unanimous
decision to strike down patents held on genes, based on a case brought
against Myriad Genetics, which used a patent on the BRCA genes
to develop a genetic screen for breast cancer (June 13)

Today, the court struck down a major barrier
to patient care and medical innovation.
Because of this ruling, patients will have
greater access to genetic testing and
scientists can engage in research on these
genes without fear of being sued.