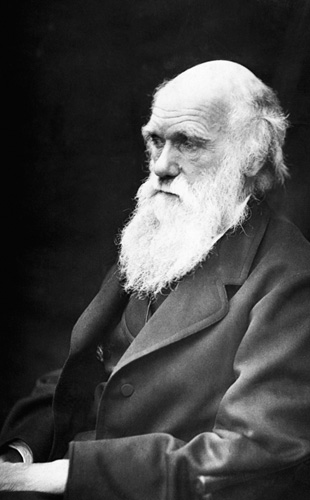 At last gleams of light have come,
& I am almost convinced (quite
contrary to opinion I started with)
that species are not (it is like
confessing a murder) immutable.

—Naturalist Charles Darwin, in a letter to friend and colleague Joseph Hooker, one of many pieces of correspondence between the two biologists that were recently made available online for the first time (January 11, 1844)

This financial stress on institutions comes at a really tough time. It has a chilling effect on what was already a chilly situation.

—Debra Stewart, president of the Council of Graduate Schools, discussing the effects of sequestration on enrollment in US graduate schools (April 3)

This initiative is a boost for the brain
like the Human Genome Project was
for the genes. This is the start of the
million neuron march.

One of the wonderful things about transgenesisis that we can do all at once what evolution has taken million of years to do.

Most of the experiments we do are irrelevant . . . . We’re not going to cure cancer by doubling the money. We’re going to do it by being more intelligent. The money thing is just a red herring of people not thinking.

— Biologist and Nobel Laureate James Watson, in remarks after a recent public lecture on the role of antioxidants in cancer at the University of California, San Diego (March 21)

You should take all elderly scientists with a grain of salt—including me.

—Biochemist and Nobel Laureate Roger Tsien, in reply to questions about a tense exchange he had with Watson at the UC San Diego lecture (March 21)