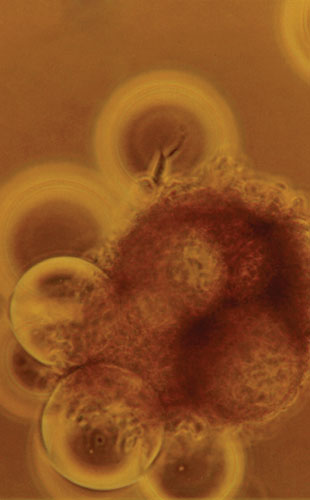 Even a high school kid today can go download 30,000 samples of breast cancer and try to figure out what’s going on in those samples. Sure beats dissecting frogs for those kids.

—Stanford University School of Medicine’s Atul Butte explaining why cancer patients should share their data, in a video on Cancer Commons (February 18)

Every dollar we invested to map the human genome returned $140 to our economy. Today, our scientists are mapping the human brain to unlock the answers to Alzheimer’s; developing drugs to regenerate damaged organs;...

The fact that retractions represent the strength of science, not its weakness, does not mitigate the negative effect retractions may have upon the public perception.

—John Krueger, Health Scientist Administrator at the US Department of Health and Human Services’ Office of Research Integrity, in the agency’s December 2012 newsletter

Consider what American science might look like if all research were run like marijuana research is being run now. Suppose the Institute for Creation Science were put in charge of approving paleontology digs and the science of human evolution. Imagine what would happen to the environment if we gave coal and oil companies the power to block any climate research they didn’t like.

In other words we think we have found the basic copying mechanism by which life comes from life. The beauty of our model is that the shape of it is such that only these pairs can go together, though they could pair up in other ways if they were floating freely. You can understand that we are very excited.

—Renowned biologist Francis Crick, in a soon-to-be-auctioned letter to his son describing the 2-week-old discovery of DNA’s structure. The letter is expected to fetch  $1–$2 million when it goes up on the block on April 10. (March 19, 1953)