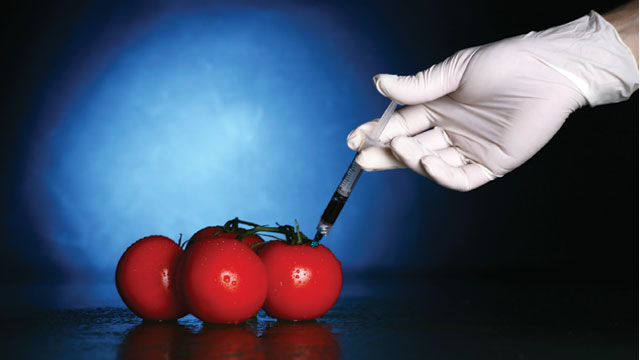 For the record, here and upfront, I apologize for having spent several years ripping up GM crops. I am also sorry that I helped to start the anti-GM movement back in the mid 1990s, and that I thereby assisted in demonizing an important technological option which can be used to benefit the environment. . . . What happened between 1995 and now that made me not only change my mind but come here and admit it? Well, the answer is fairly simple: I discovered science, and in the process I hope I became a better environmentalist.

—Environmental advocate Mark Lynas, publicly apologizing for his 2-decade-long anti-GMO stance in a speech at the Oxford Farming Conference (Jan. 3, 2013)

A meat-eater with a bicycle is much more environmentally unfriendly than a vegetarian with a Hummer.

—Physiologist and in vitro meat researcher Mark Post, quoted in...

—Two of the soul-bearing tweets posted in response to a request for scientists to divulge methodological unorthodoxies (Twitter hashtag #overlyhonestmethods, Jan. 7, 2012)

It’s clear to me that if you wiped all multicellular life-forms off the face of the earth, microbial life might shift a tiny bit. . . . If microbial life were to disappear, that would be it—instant death for the planet.

I remain utterly convinced that posting images from publicly available documents, questioning their integrity when there is sufficient evidence to suggest a problem, is in no way grounds for a libel or defamation suit. In short—don’t shoot the messenger. If you didn’t want your scientific data to be questioned, you shouldn’t have published it!

—Paul Brookes, an associate professor at the University of Rochester Medical Center and a self-identified owner of the now-defunct Science Fraud blog, in a post explaining why libel threats had led him to shut down the site (as reported on Retraction Watch, Jan. 3, 2013)

The societal return of biomedical research far exceeds the private return. It has been estimated that improved health care had as much impact on increased well-being during the past century as came from all growth in gross domestic product. And yet those expenditures that improved health care represented only a small part of the overall economy, and an even smaller part was devoted to biomedical research.

—Harvard economist and former Obama economics advisor Larry Summers, on why it makes economic sense for the US government to fund biomedical research (Proto interview, Fall 2012)