Only by ensuring that scientific data is never distorted or concealed to serve a political agenda, making scientific decisions based on facts, not ideology, and including the public in our decision making process will we harness the power of science to achieve our goals—to preserve our environment and protect our national security; to create the jobs of the future; and live longer, healthier lives.


—President Barack Obama, in response to one of 14 questions posed by sciencedebate.org to him and Mitt Romney (Sept. 4, 2012)

I am not a scientist myself, but my best assessment of the data is that the world is getting warmer, that human activity contributes to that warming, and that policymakers should therefore consider the risk of negative consequences.


—US Presidential candidate Mitt Romney, in response to one of 14 questions posed by sciencedebate.org to him and Barack Obama (Sept. 4, 2012)


—US astronaut Neil Armstrong, who died on August 25, reflecting 40 years later on the race that culminated with his being the first human foot to step onto the Moon (July 19, 2009)

By carefully piecing together a simply staggering variety of data, we’ve shown that the human genome is simply alive with switches, turning our genes on and off and controlling when and where proteins are produced. ENCODE [Encyclopedia of DNA Elements] has taken our knowledge of the genome to the next level, and all of that knowledge is being shared openly.


—European Bioinformatics Institute’s Ewan Birney, lead analysis coordinator for the ENCODE project, describing its impact in a National Institutes of Health news bulletin on the day the data was published (Sept. 5, 2012)

In an era when grant funding is getting scarcer, it’s impossible not to view the $200 [million] spent on ENCODE in terms of the ~125 R01’s it could have funded. It is impossible to score the value lost from these hundred or so unfunded small projects against the benefits of one big one. But a[n] awful lot of amazing science comes out of R01’s, and it’s hard not to believe that at least one of these projects would have been transformative. 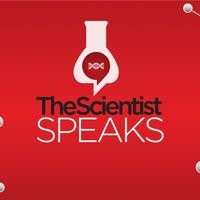