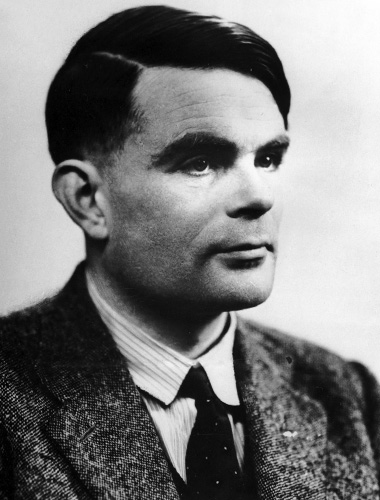 Alan Turing, commonly referred to as the father of computer science and artificial intelligence, was born 100 years ago this month. SCIENCE SOURCE

I believe that at the end of the century the use of words and general educated opinion will have altered so much that one will be able to speak of machines thinking without expecting to be contradicted.

Computer scientist Alan Turing, describing his vision for the future of artificial intelligence in a 1950 Mind paper, “Computing machinery and intelligence”

Free will is just a miscast problem, in my opinion. . . . Our brain works in an automatic way, just like a wristwatch. But we have this belief, this strong illusion, that we are acting as if we are in charge.

—Michael Gazzaniga, in a Charlie Rose interview about his new book Who’s in Charge? Free Will and the Science of the Brain (Apr....

Politicians are always going to do a horrible job of assessing science when there is no clear, obvious outcome, because science is being used to drive a political outcome.

Right now we’re living in what Carl Sagan correctly termed a demon-haunted world. We have created a Star Wars civilization but we have Paleolithic emotions, medieval institutions, and godlike technology. That’s dangerous.

It turns out that “genome” is a verb, not a noun—a process, not a product. Current and emerging microbial population genomic studies that capture this dynamic promise to help paint a more integrated motion picture of microbial ecology and evolution in action.

I think there is a real difference between moral claims and scientific claims, and while the latter can be used to explain why we hold the former, they cannot be used to justify the former (which in the end have no justification in that sense).

—From a post by philosopher Michael Ruse in The Philosophy Magazine’s blog “Talking Philosophy” (Jan. 4, 2012)