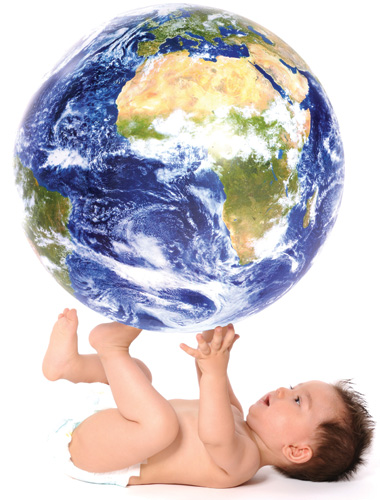 Population and consumption are no more separable in producing environmental damage than the length and width of a rectangle can be separated in producing its area—both are equally important.

Google has enough capacity to do all of genomics in a day.

The public, and especially the political class, cherry-picks its science. If a scientist finds a promising treatment for AIDS or cancer, then he is a hero; if he warns about overpopulation, climate change, or toxic contamination of the environment, then he risks either being ignored or, worse, being subjected to ridicule. Such negative incentives reduce...

—John Terborgh in a review of Tim Flannery’s book Here on Earth: A Natural History of the Planet (NY Review of Books, Oct. 13, 2011)

If you think research is expensive, try disease.

We need to stop pretending it’s all about molecular biology. Serious illnesses are affected by aesthetics, by art, and by the moral questions that are negotiated between practitioners and patients.

—Ted Kaptchuk, Harvard Medical School placebo researcher, as quoted by Michael Specter in “The Power of Nothing” (The New Yorker, Dec. 12, 2011)

In science, new ideas are rightly met with skepticism, if not denials and dismissals. But as the consequences of predator loss become increasingly measurable and predictable, they implicitly call for a reassessment of our ancient foes.