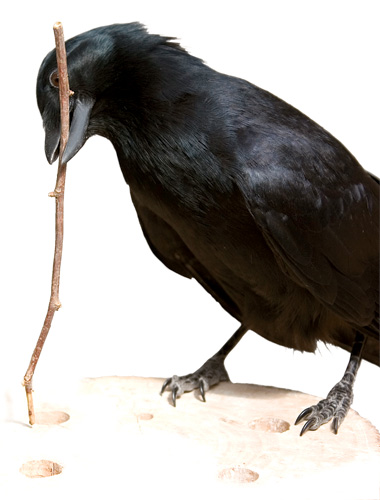 How fleeting are the wishes and efforts of man! how short his time! and consequently how poor will be his results, compared with those accumulated by Nature during whole geological periods!

Why them? Why is this species [the New Caledonian crow] on a small island in the Pacific able to not just use but to manufacture a variety of tools, and in a flexible rather than a rote or programmatic way? Why are they able to do at least as well as chimpanzees on experiments of cognition…?

—Russell Gray of the University of Aukland, as quoted by Natalie Angier in “Nurturing Nests Lift These Birds to a Higher Perch” (New York Times, Jan. 31, 2011)

Scientists are both feared and respected, perhaps not unlike the Aztec priests of...

—Antonio Regalado writing about a poll conducted by Mexico’s National Council on Science and Technology and the National Institute of Statistics and Geography (ScienceInsider, Jan. 5, 2011)

Although many “genome” companies and researchers are promoting personal genomics for medicine and/or life choices, regulation of data quality and standards is lacking, which has made deceptive marketing a reality in some instances.

—Genomicist J. Craig Venter, writing in Science on the 10th anniversary of the first peer-reviewed reports describing the sequencing of the human genome (Feb. 4, 2011)

—Steven Goodman of Johns Hopkins University Bloomberg School of Medicine, in a New York Times interview based on his article in Annals of Internal Medicine (154:50-55, 2011)

About two-thirds of our essential genetic information—our “dark genome”—is needed for processes whose nature mostly remains a mystery.