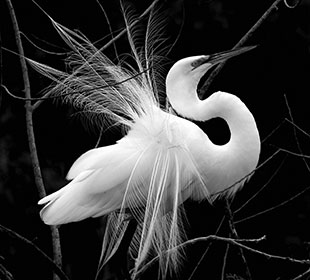 If insemination were the sole biological function of sex, it could be achieved far more economically in a few seconds of mounting and insertion. Indeed, the least social of mammals mate with scarcely more ceremony. The species that have evolved long-term bonds are also, by and large, the ones that rely on elaborate courtship rituals. . . . Love and sex do indeed go together.

When people think of sex, they tend to be focused on intercourse or orgasm. This research suggests that other affectionate aspects of sex are important for sexual and relationship satisfaction....

—Amy Muise, a researcher at the University of Toronto Mississauga, speaking to the Daily Mail about her recently published study, which found that couples who engage in postcoital cuddling report having better relationships (May 27)

Sex and hunger are two fundamental drives. It probably explains why we go for dinner and then want to have sex.

—Gareth Leng, University of Edinburgh physiologist, speaking at this year’s Cheltenham Science Festival about recent research revealing that not eating for six hours can change who men and women find attractive (June 5)

Sex lies at the root of life, and we can never learn to reverence life until we know how to understand sex.

—British physician and sexuality researcher Havelock Ellis, in the preface to Studies in the Psychology of Sex, Volume 1 (1897)

When we see many males pursuing the same female, we can hardly believe that the pairing is left to blind chance—that the female exerts no choice, and is not influenced by the gorgeous colours or other ornaments with which the male alone is decorated.

—Charles Darwin, in The Descent of Man, and Selection in Relation to Sex (1871)

The only unnatural sex act is that which you cannot perform.