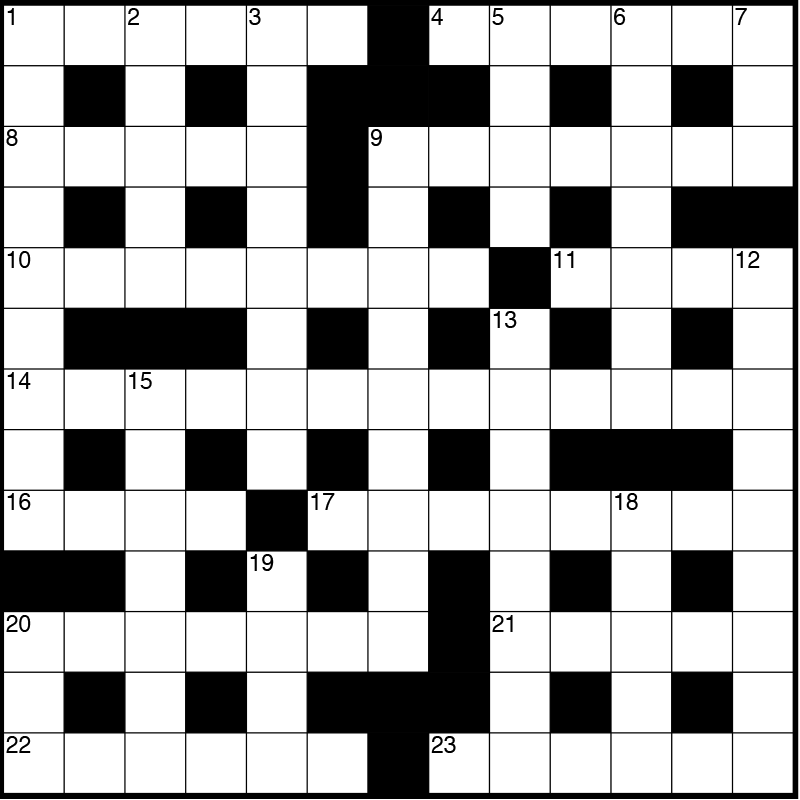 Click the puzzle for a full-size, interactive version.
Note: The answer grid will include every letter of the alphabet.
BY EMILY COX AND HENRY RATHVON

It is completely illogical to place someone who has promoted actions contrary to scientific consensus in a position to manage programs that are essentially of scientific training.

—Evolutionary biologist Antonio Carlos Marques of the University of São Paulo’s Institute of Biosciences reacting to the news that Brazil has appointed Benedito Guimarães Aguiar Neto, an electrical engineer who previously served as the rector of a private religious school and is believed to hold creationist views on evolution, to head the country’s agency that oversees graduate study programs (Science, January 26)

Neglected diseases like diarrheal illnesses, tuberculosis, malaria, and pneumonia kill thousands of people every day. But because they have been doing so for decades, they simply don’t catalyze the same urgency we see in the face of a novel, fast-moving outbreak.

—Nick Chapman, CEO of Policy Cures Research, writing in STAT about the need to remained focused on a variety of problematic diseases as the coronavirus epidemic continues to make headlines (February 4)