Younger sibling to The Mount Sinai Hospital, one of the nation's top clinical institutions for over 150 years, Mount Sinai School of Medicine has become a world leader in biomedical research. Since the opening of the first research laboratory at the Hospital in 1893, the focus has remained on research designed to improve the human condition.

Today, Mount Sinai School of Medicine has the fastest-growing research program in New York, as measured by funding from the NIH. According to a recent study by the Rand Corporation, the School ranks 20th in the nation in the total amount of research funding from all federal sources.

Sharing a single administration and campus, the School and the Hospital work in concert not only to bring research discoveries to the...

Mount Sinai rapidly adapts to the fast pace of change in the biomedical sciences to remain at the forefront of research. A few initiatives aimed at answering some of today's most pressing questions illustrate the benefit of this approach:

The recently established Department of Gene and Cell Medicine evolved from an interdisciplinary institute that was originally established when gene therapy was in its infancy. As the discipline grew, the success of research in the field at Mount Sinai precipitated the transformation of this entity into a new academic department. Clinical trials are now underway for gene therapy for prostate, brain, breast, and colon cancers. Researchers in the department are also making major strides in stem cell research.

Mount Sinai is home to the world's only Center for Jewish Genetic Diseases, devoted to the care of patients suffering from diseases that affect Ashkenazi Jews more frequently than individuals in the general population. The many Mount Sinai advances in genetics research include last year's FDA approval of a new treatment for Fabry disease and the identification of many genes implicated in other congenital disorders.

Long a leader in the neuro-sciences, Mount Sinai today is home to researchers who are reshaping the way scientists view many disorders. Just this year, Mount Sinai researchers identified a gene variant that may be the first associated with autism in a broad population. The Dr. Arthur M. Fishberg Research Center for Neurobiology of Aging explores the anatomy and pathology of the nervous system and the molecular and cellular mechanisms of neuronal function. The Conte Center for Neuro-science of Mental Disorders is investigating the involvement of glial cells in schizophrenia, a link first discovered by Mount Sinai researchers.

The Alzheimer's Disease Research Center and related programs at Mount Sinai have produced major insights into this disease, including identifying neuritic plaque formation and amyloid deposition as among the earliest lesions in Alzheimer's disease and demonstrating that presenilin mutations can lead to abnormal production of cellular molecules involved in memory formation. Researchers in the Corinne Goldsmith Dickinson Center for Multiple Sclerosis recently received a $30 million grant from the NIH to conduct the first large-scale clinical trial of combination therapy for multiple sclerosis.

In oncology, Mount Sinai researchers were the first to demonstrate the effectiveness of combination chemotherapy, identified the link between asbestos exposure and neoplasms, and discovered that KLF6, a tumor suppressor gene, is defective in 50-60% of prostate cancers as well as many other forms of cancer. Mount Sinai recently created a new position, Associate Dean of Cancer Programs to facilitate clinical care and research related to cancer across all departments.

Physicians in Mount Sinai's Recanati/Miller Transplantation Institute conducted the first liver transplant in New York and have been at the forefront of transplantation for decades. This success in the operating room has led to a major focus in the laboratory, where basic research in this area is largely aimed at developing approaches to immunosuppression that will improve transplant outcomes and enhance quality of life for recipients. Research is also underway to overcome existing barriers to pancreatic endocrine islet transplantation. The Institute's extensive clinical research program is dedicated to advancing all forms of transplantation, while providing patients with the highest quality care.

The Zena and Michael A. Wiener Cardiovascular Institute and the Marie-Josée and Henry R. Kravis Center for Cardiovascular Health build on Mount Sinai's historic strengths in cardiology, including development of the first successful standardized cardiac stress test, publication of the first textbook in the United States on thoracic surgery, and development of "black blood" MRI for noninvasive imaging of the human coronary arterial wall. A leader in cardiac clinical research, Mount Sinai recently received a $25 million NIH grant to lead an international study of the relationship between diabetes and cardiovascular disease.

Three new centers are currently being formed to address growing research priorities. The Emerging Pathogens Center will include a state-of-the-art Biosafety Level 3+ facility that is now being constructed. The Translational Chemistry Biology Center is being established to facilitate discovery of new chemical agents to be used as research probes for the investigation of cellular mechanisms of human disease and as lead compounds for the development of new therapeutics. And The Mouse and Rat Phenotyping Facility will provide needed resources and expertise for functional analysis of genes that may be involved in particular processes.

Mount Sinai's historic leadership in geriatrics and gastroenterology -both fields in which Mount Sinai consistently ranks among the top in the nation – make these areas rich foci for research as well. 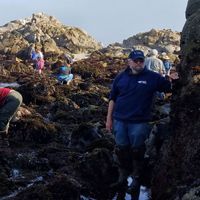