Somewhere between assessing safety in healthy volunteers and testing effectiveness in hundreds to thousands of patients, most drugs in clinical trials fail. Pradipta Ghosh and her colleagues at the University of California, San Diego (UCSD) School of Medicine have developed a blueprint that they hope will end this disheartening phenomenon.

Ghosh and her team used artificial intelligence (AI) to discern patterns in gene expression datasets that apply to all patients with inflammatory bowel disease (IBD) and to identify clinically actionable drug targets. After testing drug candidates in mouse models, typically the final step before clinical trials, the researchers conducted a “Phase 0” clinical trial. Using patient-derived organoid models, they determined whether any observed therapeutic effect resulted from the candidate drug or confounding variables.

By combining AI and testing patient-derived organoids, Ghosh and her colleagues identified a drug that repaired the leaky gut barrier. The approach also distinguished drugs that succeeded and failed in previous clinical trials, indicating that it can predict whether a drug candidate will be effective in Phase III clinical trials. The team reported their findings in Nature Communications.

What prompted your Nature Communications study? 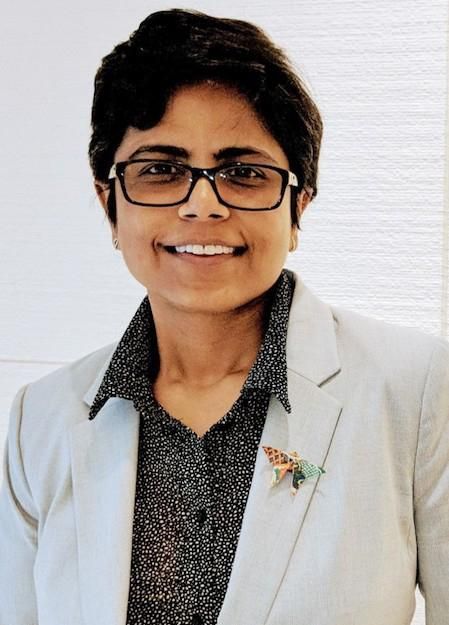 Pradipta Ghosh and her colleagues have developed a new pipeline for drug discovery.
University of California, San Diego Health Sciences

All my life, I’ve had one foot in each of two different boats. I'm a trained gastroenterologist, but I'm also a fundamental basic cell and molecular biologist and biochemist. At one end, I'm at the bedside, making decisions about drug A or drug B. On the other end, I have no clue if a drug is actually working on this pathway, by that mechanism, or through this protein. How does one reconcile something like that?

About three years ago, I had had enough of this decades-spanning internal conflict in my career and life, and I thought, I don't need to choose. I just need to fix the middle part.

How did you approach that?

I looked for the most important, worthy-of-fixing middle path, and that was clearly our drug discovery pipeline. It is age old. We still go with literature searches and what is upregulated or downregulated to find a target of interest, move through the expression pharmacology, chemical design, and then finally move to our favorite preclinical animal model. Then we emerge on the other side and learn that around 90% of the drug candidates don't work.

We can't fix everything at once, so we focused on the first and the last steps. The first step is how to identify what to go after.

The human proteome holds numerous proteins. It’s a colossal waste to do drug discovery on all of them, and nobody can afford that. Right now, the chance of a drug getting approved is actually lower than it was in the 1970s. Since then, we've had an explosion of big data. With so much data, why are drugs less likely to be approved now than in the 1970s?

It’s not about the information. It’s about what we get out of it.

We brought in a different approach, one of fundamental math developed by my colleague, Debashis Sahoo, a computer scientist at UCSD. A mathematical approach can remove all of the noise in a disease database, and look only at what conforms to a given rule.

What did you find?

This approach picked out targets that were never seen as targets before. It also showed that several targets identified by current approaches were actually misdirected.

In the manuscript, we described some drugs that should never have been pursued because we predicted that they would exacerbate the disease, which they did. Clinical trials were aborted.

There were some other drugs we identified that clearly failed from the beginning. But in the real world, they failed after a Phase III trial, after burning through billions of dollars.

The math of our approach is such that with a few clicks of a button, we can visualize that failures cluster together and successes cluster together. Now, we see whether a new target clusters with the failures or with the successes. That is an easy way to visualize how likely we are to make it to FDA approval.

What else did you change about the drug discovery pipeline?

Normally in clinical trials, Phase I tests for side effects; Phase II finds the right dose and tests safety and side effects. But efficacy is tested only in Phase III. We wait all of that time before reaching Phase III to actually test efficacy in patients.

We decided to focus on preclinical model testing. We keep the mice, but add Phase 0 human clinical trials.

What did you see when you tested the approach in patients with IBD?

We enrolled patients from the UCSD Inflammatory Bowel Disease clinic and sent tissues to another colleague, Soumita Das, a pathologist at UCSD and director of the HUMANOID Center for Research Excellence. She worked out a technique for taking adult stem cells from the crypts in the colon, and culturing them to make a whole gut lining outside of the body.

The stem cells from IBD patients grew into an intestinal lining that was not healthy, similar to what was in the patient. It was leaky; it was inflamed.

We took one of the newly discovered drug targets and put each patient tissue in a well, making a drug-in-a-dish platform. Then we looked for how the drug could or could not repair the defects that occur in IBD patients. This is what we named a Phase 0 trial. We tested whether age, gender, prior treatments, and so on confounded the findings. We ran a multivariate analysis just like we do in clinical trials. We determined that the drug alone had a significant impact in healing these broken gut barriers.

What do the results mean for IBD patients?

This should be a blockbuster. Every other drug on the market for IBD is anti-inflammatory. This particular drug does not act on the anti-inflammatory side. It promotes the healthy side of the network. Nobody has even looked at this rich treasure chest of targets before.

We're excited because there are many diseases that have no FDA approved drugs, such as nonalcoholic steatohepatitis (NASH), an aggressive fatty liver disease, or Alzheimer's disease, which has just one controversial approved therapeutic.

We plan to see how we can replay this game plan across diseases. We were fortunate that the NIH and NIAID and a lot of these institutes saw this as very promising, so we hope to deliver on that promise.

This interview has been edited for length and clarity.