New research from Martin Blaser, a microbiologist and infectious disease expert at Rutgers University, and his colleagues reveals that changes to the gut-brain axis from exposure to antibiotics early in life potentially play a role in brain development.

In recent work published in iScience, Blaser and his team showed that low doses of penicillin led to substantial changes to the intestinal microbiota in newborn mice, as well as gene expression changes in two key brain areas affecting pathways underlying neurodevelopment.

Many years ago, Blaser worked at the US Centers for Disease Control and Prevention. During his time there, he learned that in the United States, most antibiotics are used not in humans, but in farm animals. Low doses of antibiotics helped animals, including cows, pigs, sheep, and chickens, grow bigger, faster. Then about 20 years ago, as a researcher, Blaser was speaking with a trainee when a lightbulb went off in his head. “If antibiotics are doing that to this wide swath of vertebrate evolution, what are we doing to our kids?” he recalled. 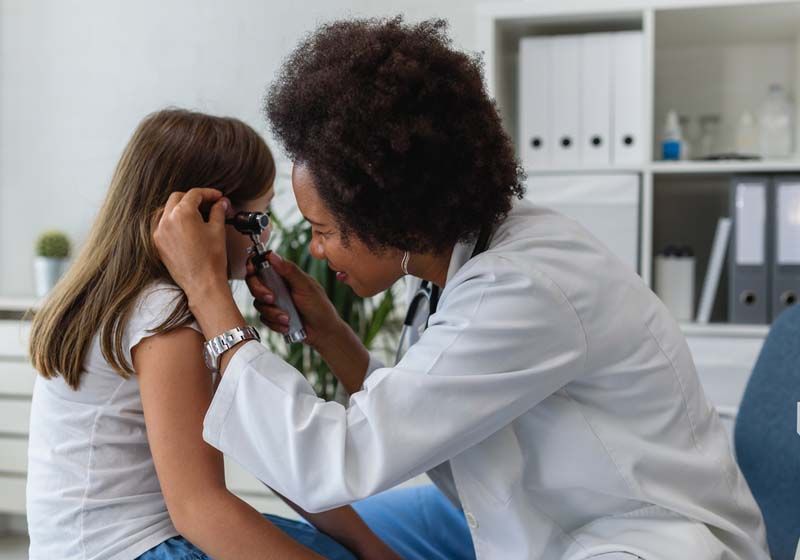 In the US, most children have received about three courses of antibiotic treatment by the time they turn 2 years old. In research published earlier this year with colleagues at the Mayo Clinic, Blaser showed that kids exposed to antibiotics have higher rates of asthma, obesity, type I diabetes, and celiac disease, among other chronic conditions.1

“There are many studies showing these associations,” Blaser said. “But they are associations, and that’s why we do mouse studies.”

In the new research, Blaser and his colleagues used mice to find out whether antibiotics affected the early-life microbiome and gene expression in the amygdala or frontal cortex, two key brain areas for emotional and cognitive function.

Blaser and his team then compared gene expression changes in the brain between the groups of pups. Pathway analysis revealed that pathways related to neuronal development and neuron fate commitment were upregulated in the mice that received antibiotics. A follow-up investigation linked the changes the researchers observed in the microbiome with the changes in gene expression.

“The differences in gene expression are very interesting and definitely worth further in-depth studies,” according to Lukas Wisgrill, a neonatal immunologist at the Medical University of Vienna, who was not involved with the research. “Such models are of utmost importance to decipher mechanisms of the gut-brain axis.”

Blaser agrees that the work is in early stages. “I want to emphasize that this is very preliminary data,” Blaser said. “But it provides evidence that exposing young animals to antibiotics could have a direct effect on how their brains develop.”

He and his colleagues have not yet explored how changes to the microbiome that they observed could affect the brain. Blaser noted that it is also possible that the antibiotic could have had a direct effect on the brain, rather than going through the microbiota. They plan to dive into the mechanistic details with future experiments.

“Antibiotics are wonderful drugs,” he added, “but we have to use them better because everyone’s using them as if there was no cost.”