Learning a new language or how to play a musical instrument becomes more difficult with age, as does remembering where the car keys are. These drops in learning and memory parallel changes in the gut microbiome, the collection of bacteria and other microorganisms that colonize the intestines and have a meaningful effect on health.

John Cryan, a neuroscientist at University College Cork, and his colleagues revealed recently in Nature Aging that microbes transferred from young to aged mice reversed aging-associated changes in brain immunity and metabolism. The study suggests that the microbiome may be an appropriate therapeutic target for treating age-related cognitive decline.

“It’s a fabulous paper,” said Jane Foster, a neuroscientist who conducts similar research at McMaster University, but did not participate in the new work. “[It’s] starting to answer the mechanistic questions about how the microbiome influences the brain in a way that we can now build on.”

Cryan and his team have been working on the role of the microbiome in brain function for well over a decade. In previous research, they showed that giving a specific strain of Lactobacillus bacteria to mice reduced levels of the stress hormone corticosterone and lessened behaviors related to anxiety and depression. 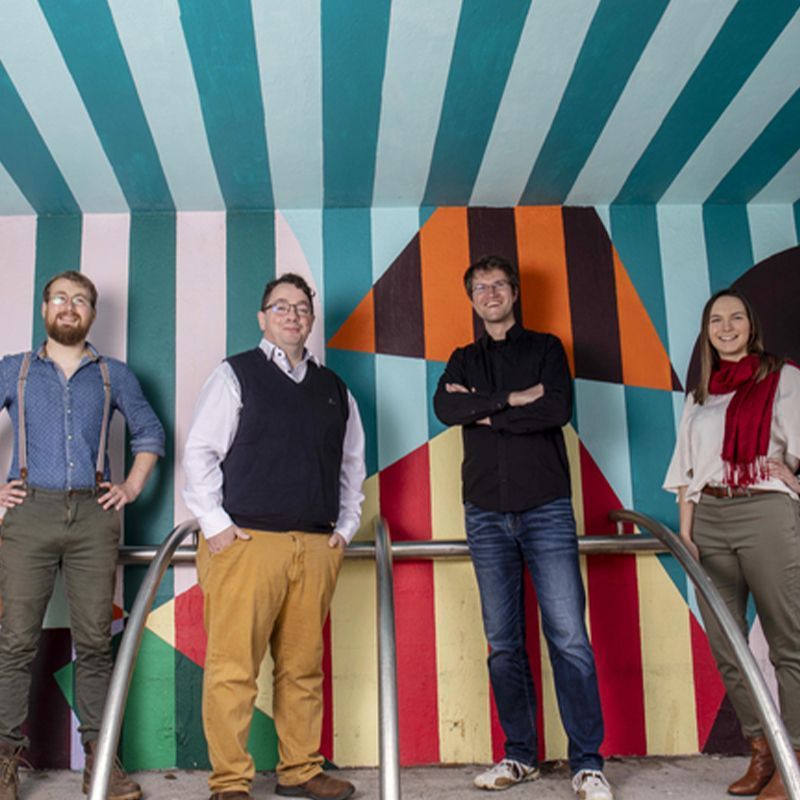 In another study, they demonstrated that increased anxiety and social deficits that appear in elderly mice along with shortfalls in learning and memory coincided with changes in inflammation and the microbiome.2 But, Cryan said, it was only an association.

“This study is really a kind of proof of concept. It’s the killer experiment,” Cryan said of his new research. “If the microbiome is playing a causal role in brain aging, then we should be able to take the microbiome from young animals, give it to old animals and reverse or attenuate some of the effects of aging.”

When Cryan and his team transplanted fecal microbiota from either young or old donor mice to aged recipients, they found that the microbiota from young mice indeed reversed aspects of brain health and behavior in the aged mice, and attenuated other aspects. Microbiota from old mice, however, did not have an effect.3

The hippocampus is critical to learning and memory and declines in function with age. In the hippocampi of old mice, microglial cells, a type of immune cell in the brain, had enlarged cell bodies characteristic of neurodegenerative conditions. Transferring microbiota from young mice reversed the phenotype. Microglial cell bodies in the hippocampus of aged mice given microbiota from young animals were no bigger than those in young mice.

Microbiota from the young mice also restored learning and memory in old mice. Old mice given young microbiota learned and remembered how to navigate a water maze as well as, or nearly as well as, young mice.

“The microbiome is really important for brain health as we age, and [this study suggests] that we could slow down or reverse the effects of aging on the brain by changing the microbiome,” Cryan said.

He cautioned, however, that this work used mice, where everything from diet to genetics is controlled, and he and his team conducted all of the experiments in males. How much of the findings will translate to humans is unknown, but it “gives us more causal knowledge that the microbiome is involved in brain aging,” he said.

“What this research really tells us is that we need to mind our microbes to look after our minds,” he added.