As many as half of Americans live with herpes simplex virus (HSV-1). Some may be asymptomatic and not know that they are infected, but others develop cold sores and blisters in and around the mouth and can develop blindness, inflammation of the brain, and dementia. How the virus infects the nervous system has remained unclear.

In a recent study published in Nature, Greg Smith, a microbiologist and immunologist at Northwestern University Feinberg School of Medicine, and his colleagues discovered that HSV-1 kidnaps host motor proteins to move into the nuclei of neurons. The finding has implications for other viruses such as HIV and SARS-CoV-2, according to Smith, and provides an avenue for developing a vaccine.

“This [work] is just terrific. It's really important. It's a brand-new idea that the virus takes up this motor, and it's needed to get to the nucleus,” said Vince Racaniello, a virologist at Columbia University and host of the popular podcast This Week in Virology, who was not involved in the research. 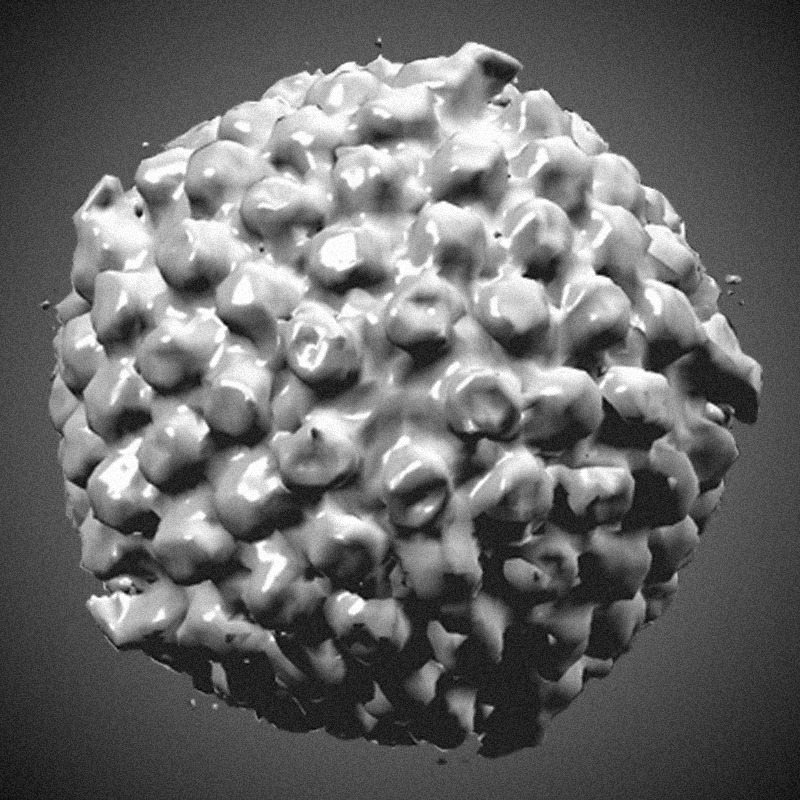 Most viruses, including the common cold, replicate in places such as the nasal passage or other exposed epithelial tissues that secrete mucus. But some viruses go into deeper tissues, and in a few cases, they infiltrate the nervous system, typically with devastating effects. But these viruses, such as rabies, can’t get into the nervous system on their own. Rabies requires a rabid animal to bite another potential host, tearing the muscle open and exposing nerve endings to the virus in the saliva of the rabid animal. The virus then travels directly into neuromuscular junctions.

But herpesviruses are unique. A simple kiss from the grandparents can deliver the virus, which will make its way into the nervous system. There, herpesvirus integrates its genetic material into the host cell chromosome, which forces infected cells to make more copies of the virus.

Exactly how herpesviruses take up residence in the nervous system has remained a mystery. “If we could understand how it actually does this, we could turn that around to our advantage,” Smith said. For example, researchers could use that information to develop gene therapy vectors that target the nervous system and to protect people from herpesviruses in the first place.

Smith’s team knew that HSV-1 enters the nervous system from a nearby epithelial cell and then takes an eight-hour journey from the terminal end of a neuron’s axon to the centrosome, a central hub for traffic moving about the cell, carried by motors called dynein.

To infect the nervous system, herpesviruses have to deposit their DNA genome into the nucleus through a nuclear pore. But dynein motors only travel toward the centrosome. Smith and his colleagues always assumed that there must be a kinesin motor, which travels away from the centrosome, that helps the virus finish its journey to the neuron’s nucleus.

To find this kinesin, Smith’s team mapped out sites on viral proteins that might interact with the kinesin motor and mutated them. Then they showed that these viral mutants traveled down a nerve to the centrosome, but were unable to make the final jaunt to the nucleus.

The kinesin motor that the virus used to go from centrosomes to the nucleus wasn’t from a neuron, nor was it from the virus. The researchers found that it came from an epithelial cell.

“What we've now learned from the study is that not only was [HSV-1] making more viruses in the epithelial cells…but those progeny viruses were picking up the epithelial cells’ kinesin motor and packaging it into the viral particle itself, so it became part of the virus,” Smith said. He and his team dubbed this cellular kidnapping “viral assimilation.”

The findings indicate that the epithelial kinesin no longer supports the cell, but instead, helps the virus infect its own host’s nervous system.

The virus holds onto the kinesin when transferring into the nerve terminal and during the entire marathon run down the axon, and only uses it when it reaches the centrosome to then travel to the nucleus.

“What’s [so] cool is that the virus is stealing a locomotive basically, and packing it up in its virus for use in the next cell,” said Racaniello. “We’ve never heard of this before. It’s unprecedented.”