Secondhand smoke, radon, air pollution, and asbestos are risk factors for lung cancer. However, when Maria Teresa Landi, an epidemiologist with the National Cancer Institute’s Division of Cancer Epidemiology and Genetics, and her colleagues sequenced more than 200 lung cancers in never-smokers, they did not find genetic signatures related to secondhand tobacco smoke exposure.

Instead, these tumors, which divided into three subtypes, arose from the accumulation of mutations from natural processes in the body. The different subtypes could unlock novel approaches for prevention and treatment.

“It’s a landmark paper for us to understand what drives lung cancer in never smokers,” said Chris Amos, an epidemiologist at Baylor College of Medicine, who was not involved in the new work.

Although the incidence of lung cancer has been decreasing, the proportion of lung cancer patients who have never smoked has increased. “It’s a very serious and, unfortunately, quite common disease now,” said Landi. For the new study published in Nature Genetics, she and a host of collaborators began unraveling what causes lung cancer in never-smokers and how the disease evolves. 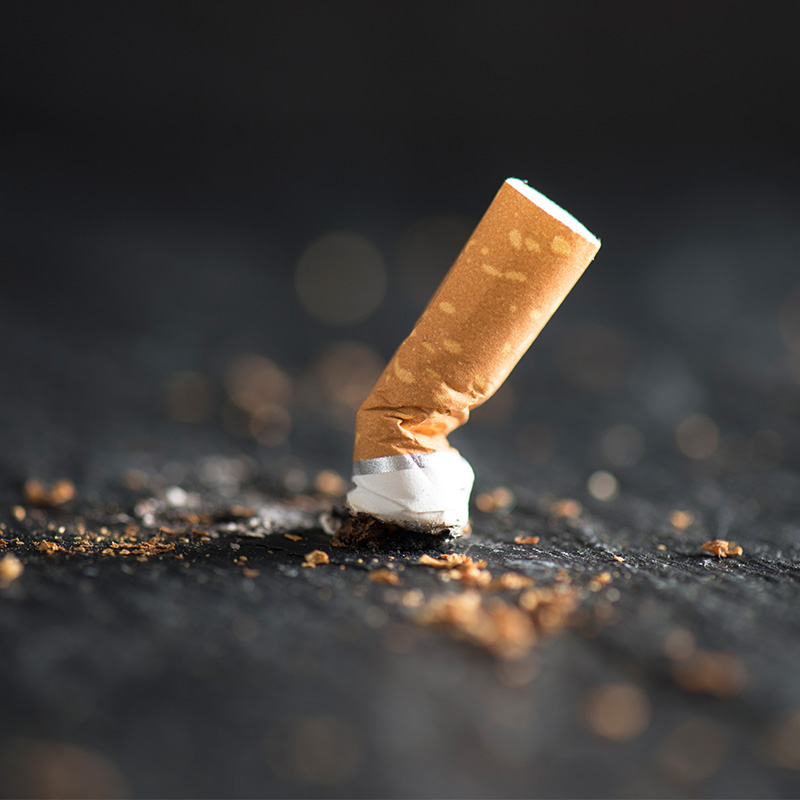 Smoking cigarettes is a major risk factor for developing lung cancer, but the disease is increasing in people who have never smoked.
solidcolours

Landi and colleagues sequenced the whole genomes of tumor samples and germline DNA from participants. By assessing the genomic material at the time of lung cancer diagnosis, the researchers deduced what happened many years beforehand that led to the development of the tumors.

The team’s analysis revealed that endogenous processes generated most of the signatures in the tumors of never-smokers. Compared with tumors from smokers, the total number of mutations in tumors from never-smokers was more than seven times lower.

Landi and her colleagues also identified three major cancer subtypes based on genomic changes known as copy number alterations, mutations that occur when pieces of chromosomes are duplicated, amplified, or deleted. These tumor subtypes differed in the ways they developed. Some tumors emerged at an older age, but grew quite fast. In another subtype, mutations that would eventually lead to cancer occurred at much younger ages, but grew much more slowly, taking as much as ten years to manifest.

The differences across subtypes provided pros and cons as far as treatment approaches. Landi and her team found that only a few genomic changes spurred the growth of lung cancers that grew rapidly, which means that the fast-growing tumors could potentially be targeted with specific treatments against the few mutations.

In contrast, slow-growing tumors had heterogenous mutations, making them more difficult to treat with targeted therapies. However, patients with slow-growing tumors experienced symptoms, and there was a time window for early detection and diagnosis.

“They’ve done such comprehensive analyses,” said Amos. “It’s kind of amazing how much information is in this paper.”

For Landi, this study is merely the beginning. She hopes to identify markers that can be used to screen people who may be at higher risk of developing these types of tumors. She and her team are proceeding with this goal in multiple ways, including extending the study to a much larger population that includes subjects from broader ethnic and geographical backgrounds.

They are also conducting a large analysis of electronic health records to investigate whether certain medical conditions or long-term use of medications play a role in lung cancer development in the never-smoker population.

This combination of approaches “could potentially lead to developing much needed screening strategies,” Landi said.