Given the roles of CD4+ and CD8+ T cells as searchers and destroyers, it is no surprise that much of the chimeric antigen receptor (CAR)-T cell development centers on “conventional” T cells. In contrast, regulatory T cells (Tregs) reside more in the background. However, as stewards of immune homeostasis, their role is no less important.

Interest in genetically engineered Tregs, including CAR-Tregs, for therapeutic use is growing. Leonardo Ferreira is a postdoctoral fellow at the University of California, San Francisco, where he studies the effects of cell therapies on the immune system. We spoke to him about his work with CAR-Tregs.

The functional differences between CAR-Tregs and "conventional" CAR-T cells 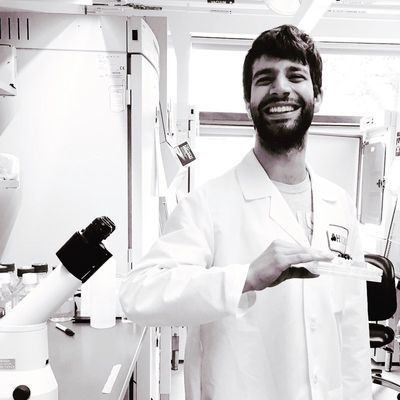 While conventional CAR-T cell therapies are designed to kill specific cells, CAR-Tregs are designed to prevent cell killing. “Most T cells are dedicated to defending our body from pathogenic invaders and cancer. They recognize peptides derived from viruses, bacteria, or proteins mutated in cancer and target the cells presenting those peptides for destruction. Tregs are dedicated to suppressing immune responses and maintaining homeostasis of the immune system; they are not dedicated to searching and destroying,” Ferreira said. As such, CAR-Tregs can be designed to protect and maintain the integrity of specific targets. For example, they can be keyed to islet-specific antigens in order to protect the pancreatic islets from autoimmune attacks.

The added precision from technologies like CRISPR has been very important. “CRISPR allows one to integrate the CAR gene in the native T cell receptor (TCR) locus. This means that, unlike lentiviral and retroviral transduction, which introduces multiple copies of the CAR gene per cell at random places in the genome driven by a non-physiological promoter, a CAR knocked in the TCR locus is under the native gene regulation of the TCR and is present at a controlled copy number. This makes a big difference in terms of the uniformity of CAR expression, T cell expansion, and function,” Ferreira said.

Because CRISPR can produce off-target effects, Ferreira uses a variety of approaches, both in vitro and in vivo, to characterize CRISPR-edited cells. “The first step is always to confirm successful deletion or knock-in. I always start with functional in vitro assays before moving on to in vivo studies,” he said. “In vivo studies always require more cells and have longer timelines, but they are the ultimate gold-standard.”

After confirming successful gene editing, the next step is to investigate cellular heterogeneity, which can dramatically impact therapeutic efficacy and consistency. “Single cell analyses are key to developing and validating any kind of cell therapy,” said Ferreira. “For CAR Tregs in particular, it is key to perform single cell techniques to accurately trace Treg stability, cytokine production, and receptor expression, as Tregs are known to be heterogeneous.”

“As an immunologist, I tend to favor protein over RNA,” said Ferreira. “Our objects of interest at the molecular level are often proteins, be it surface receptors, cytokines, or lineage-defining transcription factors. Single cell proteomics is thus key to speeding up [our understanding of] both the basic biology and the clinical translation of CAR-Tregs.”

In his research, Ferreira uses single cell proteomics data to characterize the impact of CAR-mediated signaling on CAR-Treg survival, stability, and function, as well as to dissect differences in cellular signaling between Tregs and conventional T cells. “Using IsoPlexis, which provides single-cell cytokine data, we found very clear patterns showing differences not just between different CAR signaling architectures in Tregs, but also between Tregs and conventional T cells activated via the same CAR. This tells us that all the large number of studies on the impact of CAR signaling on T cell function do not necessarily translate to CAR-Tregs.”

Unlocking the potential of CAR-Tregs

When it comes to potential future uses for CAR-Tregs, Ferreira is full of ideas. “For CAR-Tregs specifically, I believe that the first application will be in graft-versus-host disease and organ transplantation. We know [mismatches in human leukocyte antigens (HLAs)] are responsible for transplant rejection. So, one can engineer CAR-Tregs specifically targeting an HLA allele present in the transplanted organ but not in the recipient and create tolerance specifically toward that foreign organ.”

CAR-Tregs also hold more flexibility than conventional cell therapies when it comes to delivery timing. “For autoimmune disease, one will only deliver CAR-Tregs after the disease has been detected.” Ferreira began, “but in organ transplantation, one could, in theory, deliver CAR-Tregs before the organ is transplanted. This can re-educate the patient’s immune system, creating immune tolerance before the organ goes in.”

Finally, Tregs may go beyond protection to aid with repair. “Tregs secrete tissue repair molecules,” said Ferreira. “There are currently clinical trials using T regs against amyotrophic lateral sclerosis (ALS), a neurodegenerative disease affecting motor neurons. In the future, I predict we will be able to use CAR-Tregs not only to suppress autoimmunity and prevent organ rejection, but also to treat inflammation and aid with wound healing and regeneration.”