Mesenchymal stem cells (MSCs) hold a lot of potential. They have the capacity to differentiate into bone and cartilage as well as muscle and fat. They are also critical to regenerating tissues, but how they go from stem cell to fat cell or bone cell is not completely understood.

Now, researchers revealed that the stiffness of the environment affects the fate of MSCs via changes in expression of a gene that regulates myosin contractility called tropomyosin-1 (TPM1). The findings demonstrated how extracellular clues inform stem cell responses in tissue regeneration, and add another clue to what drives heterogenous responses to mechanical cues.

The mechanical environment—how elastic the underlying substance is—influences what type of cells MSCs go on to become. Less elastic, stiff substrates promote differentiation into bone, while soft substrates favor fat. In the lab, researchers mimic the mechanical environment by culturing cells on hydrogel matrices that have measured elasticities. Yet, even when cultured under the exact same conditions, not all cells follow the environment’s lead. 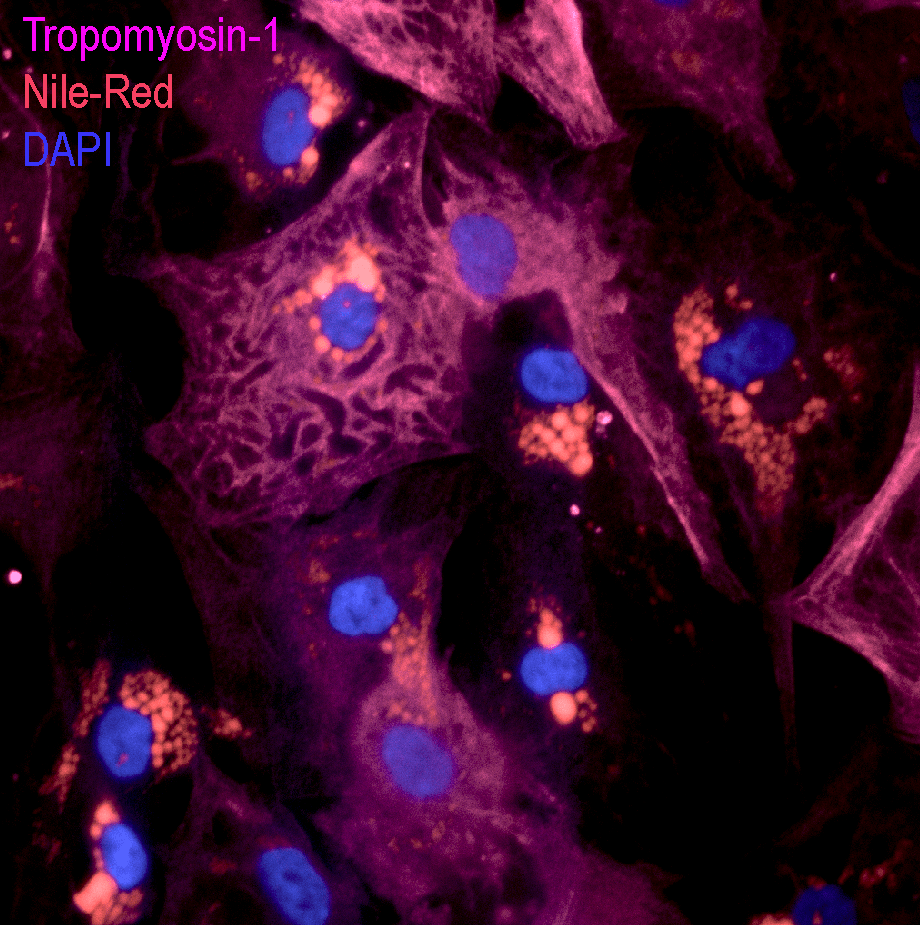 “When you look carefully at them, you see that most of the cells actually don’t respond to matrix plasticity,” said Amnon Buxboim, a mechanobiologist at Hebrew University in Jerusalem, who led the new research. The gap Buxboim saw between what happens on a population level and what happens with individual cells was vexing, especially when he considered work in the clinic.

“Some say that mesenchymal stem cells really have a positive effect in immune modulation, in autoimmune disease, but some say nothing like that really happens. That non-reproducibility, both in research and in the clinic, is the outcome of massive cell-to-cell variation,” he said.

To find out how cell-to-cell variation affects cell-fate decision-making, Buxboim and his team cultured bone marrow-derived MSCs on soft or stiff matrices for three days. Then they exposed the cells to media that drove differentiation either towards fat or bone. They performed single cell RNA sequencing at baseline, after the cells adjusted to the matrices, and after induction in differentiation media.

Sequencing revealed gene expression changes that reflected soft matrices supporting differentiation toward fat and stiff matrices promoting differentiation into bone. But not all cells tracked along the expected route. For example, some cells cultured on soft matrices showed decreased expression of genes associated with early fat cell development, but increased expression of genes associated with early bone formation. Altogether, the single-cell transcriptomes partitioned into nine subpopulations with distinct sensitivities to the mechanical environment and differentiation capacities.

The researchers then looked for genes with expression that responded to matrix elasticity. Of nearly 4,000 genes expressed per cell, TPM1 stood out. TPM1 ranked 19 out of the top 100 matrix-dependent genes, indicating that TPM1 expression might influence MSC cell-fate decision-making in response to the mechanical environment.

“We know cells respond to the mechanical environment and that influences outcome, but how that happens remains unclear. They’re identifying a key player in the process,” said Jan Lammerding, a biomedical engineer at Cornell University in Ithaca, New York, who was not involved in the new work.

The findings underscore the significance of heterogeneous cellular responses to mechanical signaling. “If we want to really mimic the physiological context, we cannot cover our eyes in front of mechanical signals,” Buxboim said.