When protein biologist Yi Shi started his lab at the University of Pittsburgh four years ago, he was excited to develop potential treatments for Alzheimer’s disease. He worked out a pipeline for making nanobodies, small antibody fragments with high binding affinities. His research program was getting off the ground. Then the pandemic started.

In March 2020, Shi made the hard and risky decision to halt his research and join the scientific community in their efforts to mitigate COVID-19. Shi did not know much about virology and felt that he was struggling through darkness in the beginning. But motivation from a colleague inspired him to give it a try, and the decision paid off.

Shi and his team developed inhalable nanobodies that protected hamsters infected with SARS-CoV-2 against COVID-19. The findings bring Shi and colleagues one step closer to producing a treatment that may help bring an end to the pandemic.

“It is incredibly exciting,” Shi said. “This technology, once developed, is basically like the doors opening.” 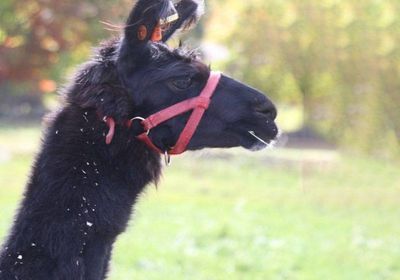 Compared with traditional antibodies, nanobodies are more robust, and they are easier and less expensive to produce. Plus, they are highly stable and soluble, which makes them attractive for drug development. Shi developed a technology that identified thousands of nanobodies that bind with high affinity to the receptor binding domain of the SARS-CoV-2 spike protein.1

Shi and colleagues then engineered the best one into a trimer, dubbed PiN21 for Pittsburgh inhalable nanobody 21. After diluting the nanobodies in a salt solution, they used a nebulizer to convert the mixture into a fine spray. Aerosolizing the nanobodies helped the treatment pass the lung-plasma barrier, which is difficult for traditional antibodies.

When Shi and his team administered very low doses of the inhalable nanobodies to hamsters infected with SARS-CoV-2, “We saw something remarkable!” he said.

The treatment reduced the number of viral particles in the lungs of SARS-CoV-2 infected hamsters by a million-fold, on average, the team reported in Science Advances.2 The inhalable nanobodies also protected the animals from COVID-related weight loss and prevented disease.

“This sharply contrasts with some of the clinical antibodies that were evaluated in the very same model,” Shi said. “Part of the reason [for this] was because the direct inhalation therapies allow drugs to neutralize the virus more directly compared to intravenous injection of antibodies.”

For Shi, this is just the beginning. “This [work] is important as a proof-of-concept, which hopefully can inspire other people to use this technology for treatment of other infectious diseases which are currently incurable,” he said. He hopes to take the treatment into clinical trials someday.

“My goal was, and still is, to see what the boundaries of this technology are,” Shi said. “I think it’s beyond COVID. [There are] exciting possibilities for using ultra potent nanobodies for the treatment of infectious diseases, including but not limited to virus.”