Iris Kulbatski, a neuroscientist by training and word surgeon by trade, is a science editor with The Scientist's Creative Services Team. She holds a PhD in Medical Science and a Certificate in Creative Writing from the University of Toronto.

Picture Austria, circa 800–450 BC.  An Iron Age miner culls salt in the ancient mine shafts of Hallstatt in the Eastern Austrian Alps. He nears the end of his lunch break, satiated by a hearty meal of grains and legumes, with a side of nuts and a few bites of salt-cured beef. His work buddy offers him a swig of his latest batch of beer. The miner chases it down with a bite of his co-worker’s homemade blue cheese and a handful of berries. He gets up, stretches, grabs his pickaxe, and returns to labor in the chilly mine, unaware that this was his last meal. Just as his pickaxe hits salt with a clink, an unearthly rumble passes through him and the tunnel collapses. 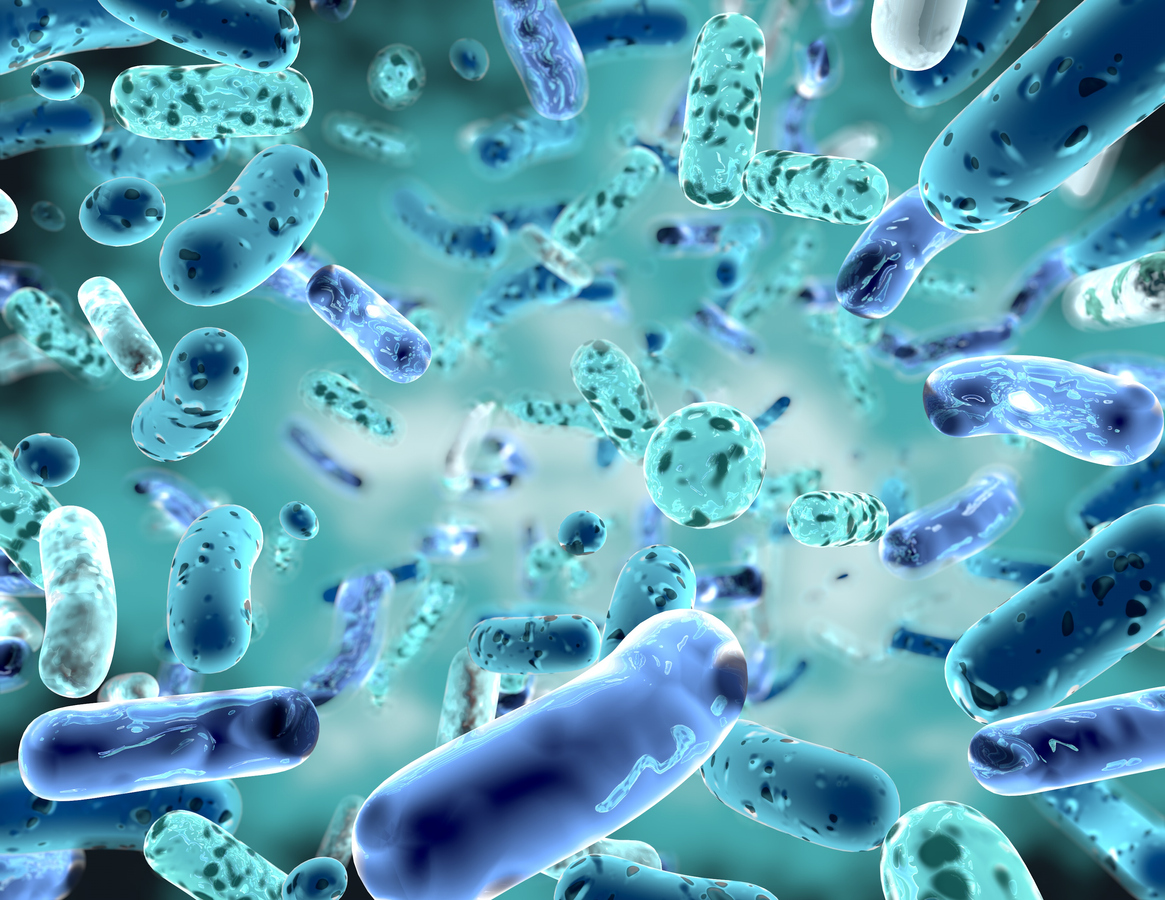 Two millennia later, in 1734, miners discovered a mummified body embedded in a saline tomb, almost perfectly preserved by the salt, with bits of clothing and shoes intact. They gave him a proper burial near Lake Hallstatt and he became a central figure in local folklore, known affectionately as the “Man in the Salt.” 1 While he did not intentionally donate his body to science, he left a little something behind for posterity: a goldmine of information for modern-day scientists who have advanced technical tools for studying the biomolecules in preserved ancient specimens.

Almost three hundred years after the Man in the Salt’s desiccated body was discovered, scientists collected preserved samples of ancient feces belonging to his contemporaries from the Hallstatt salt mines. In a recently published study, their unique approach to analyzing the dietary habits and gut microbiomes of human ancestors demonstrated the relationship between Westernized diets and the loss of gut microbial diversity, as well as the implications for treating modern diseases by restoring the ancient gut microbiome.

Frank Maixner, a microbiologist at the Eurac Research Institute for Mummy Studies in Bolzano, Italy, and his colleagues examined these paleofecal samples and reported their findings in the journal Current Biology. In this study, Maixner’s team performed microscopic, metagenomic, and proteomic analyses of paleofeces to identify the nutritional habits and gut microbiomes of ancient European miners.2

Maixner and his multidisciplinary team examined four paleofeces samples: one from the Bronze Age (1301-1121 BC), two from the Iron Age (650-545 BC), and one from the Baroque period (1720-1783 AD). They found that Hallstatt miners from the Iron Age consumed an unprocessed fibrous diet rich in whole grains, which they supplemented with fruits, nuts, legumes, animal protein, and fermented foods such as blue cheese and beer. The latter came as a surprise when a fungal analysis of one of the Iron Age samples showed significant levels of Penicillium roqueforti and Saccharomyces cerevisiae, yeast that ferment blue cheese and beer, respectively.

The paleofeces samples also contained bacterial species such as Lactobacillus ruminis, Catenibacterium mitsuokai, and Prevotella copri, similar to the microbiomes of modern-day humans who consume unprocessed foods. In contrast, Westernized diets contribute to a loss of gut microbiome diversity.3 The similarity between the microbiome of the paleofecal sample from the Baroque period in the 1700s and that of modern non-Westernized guts suggests that the loss of microbial diversity associated with industrialized diets happened quite rapidly. “If you're talking about centuries,” Maixner said, “it's very astonishing to see such [rapid] loss of diversity in our gut microbiome.”

Maixner pointed out that a high-fiber, carbohydrate-rich diet may buffer against the loss in abundance and diversity of specific microbial species. For example, in contrast to Westernized guts, modern non-Westernized guts house four variants of the bacterial strain Prevotella copri, each of which has a unique task in degrading complex carbohydrates.4 Similarly, the microbial signature of the ancient paleofeces samples carried these four variants. 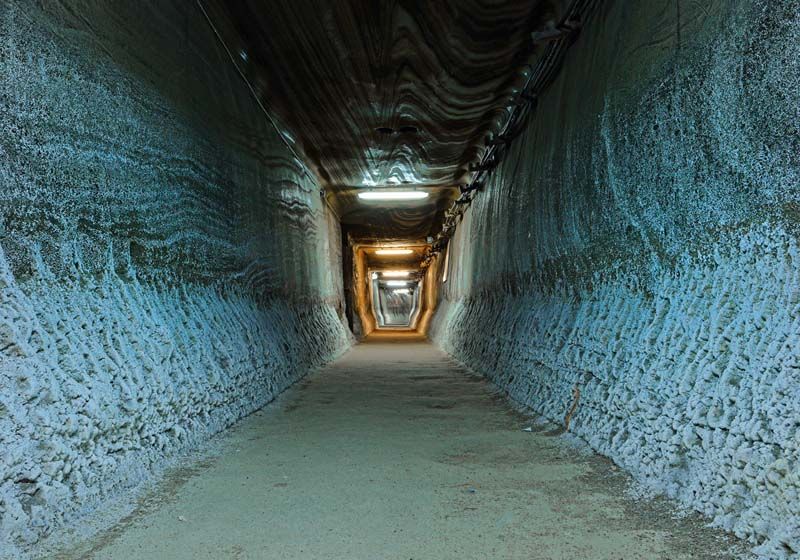 The consistently low year-round temperature and high salt concentration in the mines cause rapid desiccation of the paleofeces, which may preserve endogenous biomolecules by reducing hydrolytic damage. Kevin Daly, a research fellow at the Smurfit Institute of Genetics and Trinity College Dublin who was not involved in this work, explained that “salt crystals create microenvironments with little water, as water molecules strongly interact with positively-charged ions in salt. This would inhibit water molecules from interacting with DNA, reducing deamination, and promoting DNA preservation.” In this sense, mummified paleofeces act as miniature time capsules, providing a rare glimpse into the guts and lives of our ancestors.

One of the biggest challenges in studying ancient microbiomes is confirming that the microorganisms are endogenous to the sample rather than the environment. To accomplish this, Maixner and his colleagues compared microbial and metabolic pathway abundance of the paleofeces samples to more than 800 contemporary metagenomes and looked for similarity to soil, oral cavity, and non-Westernized lifestyle samples. According to Maixner, the desiccated paleofeces “capsules,” for reasons that are still unclear, are less prone to penetration by soil bacteria. All four of the paleofecal samples differed from the soil samples, suggesting that soil contamination was unlikely.

In one sample, Maixner and his colleagues identified salt-loving Halococcus morrhuae, an extremophile that survives high salinity, but does not normally associate with the human gut. Daly explained that H. morrhuae was likely introduced as a contaminant associated with salt crystals from the environment. “This was the only stool sample that was not subject to wet sieving, a process for separating coarse and fine particulate material.” He added that “the extreme salinity would prove toxic to many common soil microbes, and extremophiles themselves may not be adapted to exploit the organic matter of stool, potentially causing little extremophile intrusion into the paleofeces.”

Maixner and his colleagues also found sufficient preserved endogenous human DNA in the paleofeces; further analysis showed that all four samples belonged to males. Could one of those samples have belonged to the Man in the Salt? According to Maixner, the geographic location and time period match, so it’s theoretically possible. He explained that if he and his team had access to the Man in the Salt’s remains, they could compare his genetic material to the human DNA in the paleofeces. If they matched, Maixner said, “we could find the person who dropped this paleofeces.” In the meantime, he and his team would like to expand the findings of the current study by analyzing a larger number of paleofecal samples from the salt mines, comparing them to modern samples, and screening for the presence of lipids and other metabolites. “We've really just touched the surface so far.”

This work has broad implications for understanding the role of gut microbes in health and disease. Researchers continue to discover new connections between current eating habits, the microbes that live in human guts, and our susceptibility to disease,5 but the gut microbiome of modern humans provides a limited snapshot along our evolutionary journey. “While limited in the number of samples, the study is an excellent example of what multi-disciplinary work can reveal about the lives of communities in the past,” Daly said. Information about ancient human gut microbiomes informs our understanding of how the transition to a modernized Western diet altered our microbiome. This is particularly relevant given the growing interest in microbiome-directed therapies for various diseases,6 including cancer and infectious, metabolic, inflammatory, and cardiovascular diseases, which have sky-rocketed in modern times.

As scientists continue to study the loss of microbial diversity in Westernized human guts, the current study offers a unique perspective on the evolutionary history of our microbiome and the potential for restoring the ancient microbial signature of our guts to improve health. Given the similarities between the ancient human microbiome and that of modern non-Westernized diets, restoring microbial diversity may be easier than we think.