The structure of DNA was solved on February 28, 1953 by James D. Watson and Francis H. Crick, who recognized at once the potential of DNA's double helical structure for storing genetic information — the blueprint of life. For 60 years, this exciting discovery has inspired scientists to decipher the molecule's manifold secrets and resulted in a steady stream of innovative advances in genetics and genomics.

Honoring our editorial mission, The Scientist will take a bold look at what the future holds for DNA research, brining together senior investigators and key leaders in the field of genetics and genomics in this 3-part webinar series.

What's Next in Next-Generation Sequencing?

The advent of Next-Generation Sequencing is considered the most propelling technological advance, which has resulted in  the doubling of sequence data almost every 5 months and the precipitous drop in the cost of sequencing a piece of DNA. The first webinar...

George Church is a professor of genetics at Harvard Medical School, and Director of the Personal Genome Project, providing the world's only open-access information on human genomic, environmental and trait data (GET).His 1984 Harvard PhD included the first methods for direct genome sequencing, molecular multiplexing, and barcoding. These lead to the first commercial genome sequence (pathogen, Helicobacter pylori) in 1994. His

innovations in "next generation" genome sequencing and synthesis and cell/tissue engineering resulted in 12 companies spanning fields including medical genomics (Knome, Alacris, AbVitro, GoodStart, Pathogenica) and synthetic biology (LS9, Joule, Gen9, WarpDrive) as well as new privacy, biosafet, and biosecurity policies. He is director of the NIH Centers of Excellence in Genomic Science. His honors include election to NAS & NAE and Franklin Bower Laureate for Achievement in Science.

George Weinstock is currently a professor of genetics and of molecular microbiology at Washington University in Saint Louis. He was previously codirector of the Human Genome Sequencing Center at Baylor College of Medicine in Houston, Texas where he was also a professor of molecular and human genetics. Dr. Weinstock received his BS degree from the University of Michigan (Biophysics, 1970) and his PhD from the Massachusetts Institute of Technology (Microbiology, 1977).

Joel Dudley is an assistant professor of genetics and genomic sciences and Director of Biomedical Informatics at Mount Sinai School of Medicine in New York City. His current research is focused on solving key problems in genomic and systems medicine through the development and application of translational and biomedical informatics methodologies. Dudley's published research covers topics in bioinformatics, genomic medicine, personal and clinical genomics, as well as drug and biomarker discovery. His recent work with coauthors describing a novel systems-based approach for computational drug repositioning, was featured in the Wall Street Journal, and earned designation as the NHGRI Director's Genome Advance of the Month. He is also coauthor (with Konrad Karczewski) of the forthcoming book, Exploring Personal Genomics. Dudley received a BS in microbiology from Arizona State University and an MS and PhD in biomedical informatics from Stanford University School of Medicine.

Unraveling the Secrets of the Epigenome

This second webinar in The Scientist's Decoding DNA series will cover the Secrets of the Epigenome, discussing what is currently known about DNA methylation, histone modifications, and chromatin remodeling and how this knowledge can translate to useful therapies.

hns Hopkins University School of Medicine, where he is also Chief of the Cancer Biology Division of the Oncology Center and Associate Director for Research of The Sidney Kimmel Comprehensive Cancer Center. Together with Peter Jones of the University of Southern California, Baylin also leads the Epigenetic Therapy Stand up to Cancer Team (SU2C). He and his colleagues have fostered the concept that DNA hypermethylation of gene promoters, with its associated transcriptional silencing, can serve as alternatives to mutations for producing loss of

tumor-suppressor gene function. Baylin earned both his BS and MD degrees from Duke University, where he completed his internship and first-year residency in internal medicine. He then spent 2 years at the National Heart and Lung Institute of the National Institutes of Health. In 1971, he joined the departments of oncology and medicine at the Johns Hopkins University School of Medicine, an affiliation that still continues.

elopment Global Oncology Division at Sanofi. Richon joined Sanofi in November 2012 from Epizyme, where she served as vice president of biological sciences beginning in 2008. At Epizyme she was responsible for the strategy and execution of drug discovery and development efforts that ranged from target identification through candidate selection and clinical development, including biomarker strategy and execution. Richon received her BA in chemistry from the University of Vermont and her PhD in biochemistry from the University of Nebraska. She completed her postdoctoral research at Memorial Sloan-Kettering Cancer Center.

Paolo Sassone-Corsi is Donald Bren Professor of Biological Chemistry and Director of the Center for Epigenetics and Metabolism at the University of California, Irvine, School of Medicine. Sassone-Corsi is a molecular and cell biologist who has pioneered the links between cell-signaling pathways and the control of gene expression. His research on transcriptional regulation has elucidated a remarkable variety of molecular mechanisms relevant to the fields of endocrinology, neuroscience, metabolism, and cancer. He received his PhD from the University of Naples and completed his postdoctoral research at CNRS, in Strasbourg, France.

The Impact of Personalized Medicine

After the human genome was sequenced, Personalized Medicine became an end goal, driving both academia and the pharma/biotech industry to find and target cellular pathways and drug therapies that are unique to an individual patient. The final webinar in the series will help us better understand The Impact of Personalized Medicine, what we can expect to gain and where we stand to lose.

Jay M. ("Marty") Tenenbaum is founder and chairman of Cancer Commons. Tenenbaum’s background brings a unique perspective of a world-renowned Internet commerce pioneer and visionary. He was founder and CEO of Enterprise Integration Technologies, the first company to conduct a commercial Internet transaction. Tenenbaum joined Commerce One in January 1999, when it acquired Veo Systems. As chief scientist, he was instrumental in shaping the company's business and technology strategies for the Global Trading Web. Tenenbaum holds BS and MS degrees in electrical engineering from MIT, and a PhD from Stanford University.

Geoffrey S. Ginsburg, is the Director of Genomic Medicine at the Duke Institute for Genome Sciences & Policy. He is also the Executive Director of the Center for Personalized Medicine at Duke Medicine and a professor of medicine and pathology at Duke University Medical Center. His work spans oncology, infectious diseases, cardiovascular disease, and metabolic disorders. His research is addressing the challenges for translating genomic information into medical practice using new and innovative paradigms, and the integration of personalized medicine into health care. Ginsburg received his MD and PhD in biophysics from Boston University and completed an internal medicine residency at Beth Israel Hospital in Boston, Massachusetts.

Abhijit “Ron” Mazumder obtained his BA from Johns Hopkins University, his PhD from the University of Maryland, and his MBA from Lehigh University. He worked for Gen-Probe, Axys Pharmaceuticals, and Motorola, developing genomics technologies. Mazumder joined Johnson & Johnson in 2003, where he led feasibility research for molecular diagnostics programs and managed technology and biomarker partnerships. In 2008, he joined Merck as a senior director and Biomarker Leader. Mazumder rejoined Johnson & Johnson in 2010 and is accountable for all aspects of the development of companion diagnostics needed to support the therapeutic pipeline, including selection of platforms and partners, oversight of diagnostic development, support of regulatory submissions, and design of clinical trials for validation of predictive biomarkers. 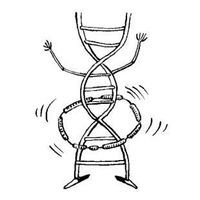