Pamela Flood says she's very excited about nicotine. In December 2004, the Columbia University anesthesiologist reported on a pilot double-blind study of nicotine for pain-relief in 20 women undergoing gynecological surgery. Test subjects received a single dose of nicotine immediately before emerging from anesthesia. The treated women reported significantly lower pain scores than controls just after surgery, which persisted for 24 hours even with one dose. Treated women also used less morphine and did not experience nicotine's usual side effects: hypertension or tachycardia.1

Nicotine-induced pain relief appears to work through the nicotinic acetylcholine receptors (nAChRs), heteropentameric ion channels activated by acetylcholine. The effects seem to work better in women than in men. Researchers led by James C. Eisenach of Wake Forest University School of Medicine in Winston Salem, NC, have traced the sex differences to the α4 β2 subtypes found all over the autonomic and central nervous systems. Estrogen exposure increases this subtype.2

Flood's surgical pain study suggests that, in humans, nicotine has a synergistic effect with opioids, and she and her colleagues have shown a similar effect in mice. "Small doses of nicotinic agonists can be enhanced with small doses of opioids, a promising approach," she says. They are trying to figure out which receptor subtypes are involved, which may not be the usual suspects. Although α4 β2 has been considered the most important nChR subunit, it does not appear to be responsible for this effect, she says. The researchers are now trying to figure out which receprot to go after.

The search for stronger, safer, nicotine-based drugs makes receptors popular research targets. Eisenach and his colleagues are also studying the relationship between neuropathic pain and nChR receptor subunits. In rat spinal cord, after injury, the researches note increases in the number of α3 subunits on neurons and α5 subunits on fibers that are probably coming from peripheral nerves. "Whether these are causing the pain and might be targets or whether they occur in response, we're just beginning to work on now. There's preliminary evidence that pain is less if we prevent the increase that pain is less if we prevent the increase in α5, which may be driving the pain phenomenon." A paper in press shows that knocking down the α5 subunit partially reverses hypersensitivity, Eisenach notes.

One noteworthy aspect of Flood's studies is that the authors use drugstore smoking cessation products containing nicotine itself, not specially devised molecules such as selective receptor modulators. The postoperative-pain study used a nicotine nasal spray, and Flood is now enrolling subjects in a study will examine sex differences in response to nicotine and also compare smokers and nonsmokers. 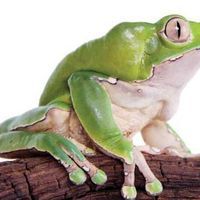 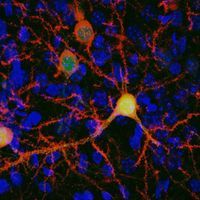 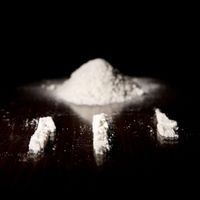