Cells are, at a fundamental level, protein-production facilities. So naturally, when researchers need to make some particular protein, they should let the cells do the work for them. But living cells are not terribly good at making exogenous proteins; some proteins are toxic, while others are degraded or simply clumped into insoluble aggregates called inclusion bodies.

These days, scientists sometimes take a minimalist approach, throwing out the cell and its contaminating components altogether and keeping only what they need for transcription and translation. Such in vitro extracts allow protein production from linear or circular DNA, in quantities large enough to purify and analyze. This tack also provides a way to incorporate modified amino acids into the protein without poisoning the cell, or to express mutated gene products without lengthy cloning steps.1 But there are downsides, too. Most in vitro systems produce far less protein than in vivo systems, and in some cases the proteins produced in vitro lack normal biological activity.

Early transcription/translation systems employed separate transcription and translation reactions and many companies still offer this option (see Table).1 Later versions joined the two steps in a single tube, with protocols that minimized pipetting steps to protect RNA from degradation. The procedure required anywhere from 90 minutes for individual reactions to 24 hours for production-scale efforts.

Companies have continued to improve the process. Newer systems employ fewer steps and produce larger amounts of full-length protein than did the earlier systems. Now, researchers are looking for ways to ramp up existing technologies for high-throughput, multiple-protein expression.

EFFICIENT TRANSLATORS In vitro transcription usually takes place using a highly efficient bacteriophage RNA polymerase. The DNA template, either cloned into a vector or straight out of a PCR reaction, must contain a phage promoter such as T7, T3, or SP6 to drive the transcription reaction.1 Systems differ in how they go about translating the resulting mRNA.

For this purpose, in vitro translation systems contain crude cellular extracts, providing all of the essential components necessary to build a protein: ribosomes, tRNAs, and so on. But not all cells have what it takes to churn out proteins in high volume. The most commonly used lysates come from rabbit reticulocytes, wheat germ, or from a strain of Escherichia coli optimized for speedy translation.1,2

E. coli lysates produce the most protein, according to Tiffany Smith, product manager for in vitro transcription and translation products at Ambion in Austin, Texas. Most such systems produce tens of micrograms of protein per milliliter, which is five to 10 times more than their eukaryotic counterparts. But bacteria cannot add eukaryotic posttranslational modifications and may not correctly fold multidomain eukaryotic proteins. To use a bacterial system, Smith notes, researchers must first provide their gene with a Shine-Dalgarno bacterial translation initiation sequence.

Reticulocytes are specialized red blood cells that have lost their nuclei but still contain some mRNA; they exist primarily to mass-produce hemoglobin.2 Reticulocytes contain large quantities of translation machinery and produce an extract that is extremely efficient at translating capped or uncapped eukaryotic mRNA that contains a Kozak initiation sequence.

Wheat germ cells are dried-out translation machines waiting to be reactivated by water. When ground up, they produce an extract that efficiently translates added mRNA, which contains lower levels of endogenous mRNA than does reticulocyte lysate.2,3

Though wheat germ extract is extremely efficient at translation, most coupled kits include either rabbit reticulocyte or E. coli lysate. Wheat germ lysate is more commonly sold as a separate entity for translating mRNA made in a previous transcription step. Gary Kobs, product manager for proteomics products at Promega in Madison, Wis., says the company doesn't see any dramatic difference in quality or quantity of protein yield between their rabbit reticulocyte and wheat germ lysates, but he suggests that researchers may be more comfortable expressing mammalian genes in a mammalian system.

PROKARYOTIC BRAWN The efficiencies of the lysates vary thanks to differences in the transcription and translation processes in bacteria and eukaryotes. In eukaryotes, transcription takes place in the nucleus, far removed from the translation machinery waiting in the cytoplasm. In cell lysates that lack such neat divisions as nucleus and cytoplasm, transcription and translation still must happen as two distinct steps, with mRNA production ending before translation can begin. This delay slows the overall reaction, an effect that is further aggravated because the two steps also work most efficiently under somewhat different reaction conditions.1,2

Prokaryotes live a less compartmentalized existence. The growing mRNA need only be long enough for the translation machinery to find a Shine-Dalgarno sequence before protein translation can begin. An mRNA may have hundreds of budding protein chains dangling from its length by the time it's fully formed. The result: transcription/translation systems based on E. coli can produce more protein than eukaryotic systems in a given time.1,2

Coupled systems using E. coli lysates also are much simpler to design, and because the two processes occur simultaneously in the prokaryotic cell, they both function optimally under the same set of conditions. Companies offering coupled in vitro transcription/translation systems using E. coli lysates include Ambion; Promega; Novagen in Madison, Wis.; Invitrogen in Carlsbad, Calif.; Qiagen of Holden, Germany; and Roche Diagnostics in Indianapolis. These products differ primarily in the E. coli strain used to make the lysate, the exact reaction conditions, and in how the lysate is prepared. The kits also employ proprietary methods of regenerating energy used by the transcription and translation machinery.

According to Mark Handly, product manager at Novagen (a brand of EMD Biosciences), companies have worked to overcome the large number of truncated proteins produced by E. coli lysates--a result of prokaryotic ribosomes initiating translation at inappropriate ATG codons.1 Handley says Novagen's lysate is prepared in a way that reduces nuclease and protease activity to improve the yield of full-length protein.

Qiagen of Venlo, the Netherlands, recently unveiled a new coupled system based on an E. coli lysate. The EasyXpress Protein Synthesis System uses a two-step PCR protocol to generate templates containing a T7 promoter, ribosome binding site, and affinity tag for downstream protein purification. The company offers two sizes: a mini kit, for up to 30 µg of protein, and a maxi kit, to scale reactions up to 4 ml.

BACTERIAL BLOCKBUSTERS Among the E. coli-based coupled kits, Roche's RTS system stands out as unique. This system has a reaction chamber separated from a feeder chamber by a semipermeable membrane. The feeder chamber acts as a reservoir for small molecules and replenishes energy sources and amino acids while removing inhibitory reaction byproducts.4 This dialysis system, based on work by Alexander Spirin at the Institute of Protein Research in Moscow, can run continuously for more than 24 hours.5

The latest version of RTS uses a high-yield E. coli strain to produce between hundreds of micrograms to five milligrams of protein per milliliter, compared with tens of micrograms per milliliter from more conventional kits, according to Balwant Patel, marketing manager for RTS products at Roche Diagnostics.

John DeMartino, marketing manager for protein production systems at Invitrogen, which also offers a bacterial transcription/translation system, says that in many cases unmodified proteins still have proper activity. "Because it's fast and easy, people will put their gene into an E. coli system and basically cross their fingers," he says.

Wieslaw Kudlicki, group leader for transcription and translation at Invitrogen, notes that in some cases unmodified proteins are actually preferable. "The customer can start with an unmodified protein and watch how phosphorylation changes the activity of the protein," he says, adding that other customers may prefer unmodified proteins for crystallization studies.

EUKARYOTIC POWER Until recently, translation using eukaryotic lysates and the properly modified proteins they produced came at the cost of significant extra work. mRNA had to be isolated from the transcription step and then added to a separate translation reaction in order to have reaction conditions optimized for both steps. Now Promega, Novagen, and Ambion have all combined these steps into a coupled reaction.

Promega's approach created a single master mix that, in combination with rabbit reticulocyte lysate, contains all the necessary reagents for both transcription and translation. In 90 minutes the company's TNT® Quick Coupled system produces enough protein to study protein-protein interactions. Researchers get better yields from this coupled reaction than from two-step systems, Kobs says, adding that they can translate three to four proteins simultaneously from different pieces of DNA in one reaction.

The one-tube eukaryotic transcription/translation system is a big advance for customers who want to express their protein in a mammalian system but with minimal work, says Kobs. "We feel that the real goal of the customer is to get functional protein with a reasonable amount of effort."

Novagen's Single Tube Protein 3® (STP3) kit is a one-tube process that produces full-length protein in 90 minutes. The company's kit involves an initial transcription step, after which translation occurs once the user adds a separate translation reaction mixture. This process avoids the need to compromise the reaction conditions in order to have both steps function in the same buffer, says Handly.

Ambion also offers streamlined kits (PROTEINscript® II) for in vitro transcription/translation with rabbit reticulocyte lysate; these are linked systems with two tubes rather than a coupled reaction. After transcription is complete, a small aliquot containing the mRNA is transferred to the second tube where translation takes place. Ambion's Tiffany Smith says that by separating the reactions, both are optimized for the best possible performance. Smith says this linked system produces higher yields than transcription followed by translation using the company's stand-alone reticulocyte or wheat germ lysates.

TRANSLATING THE FUTURE The next step in in vitro transcription/translation systems involves scaling them up to meet high-throughput demands. Several companies are beginning to produce one-tube kits in 96-well formats. Roche, Novagen, and Invitrogen have created 96-well versions of their E. coli lysate systems, and Promega and Ambion now offer a 96-well format of their rabbit reticuloycte systems.

A group of Japanese researchers is thinking even smaller, scaling down Roche's RTS system to synthesize protein on a microchip.6 Mari Tabuchi, a chemist at the University of Tokushima, Japan, and first author on the paper, says this small-scale reaction is an efficient way to express many proteins in a short amount of time. With the inexpensive plastic chip and small volume using less sample and reagents, Tabuchi expects this system to be a low-cost method for high-throughput protein expression. What's more, he says that unlike systems that translate many proteins in the same reaction, this system allows the reaction conditions to be optimized for each sequence.

Another Japanese team is tweaking the wheat germ coupled system to facilitate high-throughput translation for proteomics research. The system contains modified 5' and 3' untranslated regions to allow for efficient translation in the absence of a 5' cap or 3' poly-A tail and employs a "split-primer method" to produce full-length templates by PCR. The team recently used the system to express 50 different proteins in parallel.3

Beyond high-throughput expression, Invitrogen's John DeMartino says he expects future kits to couple protein expression with assays to assess the protein's structure and function or to investigate protein-protein interactions. The Roche Protein Expression Group at Roche Diagnostics, in conjunction with researchers at Eli Lilly and Co., has built on this idea with a novel nuclear magnetic resonance technique. The Roche group used RTS technology to incorporate labeled amino acids into proteins; the scientists at Lilly then analyzed them using an NMR technique called RAMPED-UP NMR.7

Such integration would be time-consuming--if even possible--using conventional whole-cell expression systems. But in the increasingly high-throughput world of protein-expression studies, whole cells may be needed only for the guts they provide. 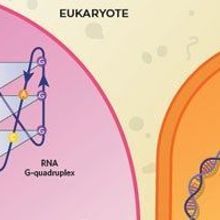