Confocal microscopy, a decades-old technique,1 has experienced a relatively recent explosion in popularity. The technology's greatest impact has been felt in the life sciences, where its ability to generate crystal-clear images of biological structures and to monitor changes in living samples in real time enables functional analysis of biological processes.

The key advantage of the confocal principle is the ability to collect high-resolution, serial optical sections from thick specimens. That stands in stark contrast to traditional microscopic techniques. In conventional widefield optical microscopy, secondary fluorescence can interfere with the resolution of the features of interest, particularly in specimens more than 2 µm thick. Confocal microscopy addresses this issue by positioning a pinhole in front of the detector to remove out-of-focus light.

Confocal microscopes usually form images by scanning one or more focused beams of light (such as from a laser) across a specimen, providing a noninvasive way to generate optical sections at different depths. Multiple optical sections (z-series) may then be combined with software to reconstruct the original three-dimensional structures.

The development (and dropping cost) of multiwavelength lasers, dichromatic mirrors, more sensitive photodetectors, faster computers, and more sophisticated image-analysis algorithms, as well as better fluorescent dyes and other specimen labeling techniques, has fueled wide adoption of confocal technology. "Due to their flexibility and ease of use, high-end confocal microscopes have become workhorses in high-resolution 3-D imaging, as well as the tools of choice for sophisticated imaging of molecular interactions and dynamics involving optical manipulation at subcellular resolution," says Bernhard Zimmermann, head of product management for advanced imaging microscopy, Carl Zeiss, Jena, Germany.

LASER SCANNING Laser-scanning confocal microscopy (LSCM) is a common technique for optical sectioning of fluorescently labeled samples. In this method, a single-point beam of laser light is scanned across a stationary sample using oscillating mirrors. The resulting fluorescence emission signals are separated from excitation light by a dichroic mirror. The signals then pass through a pinhole aperture to a sensitive photomultiplier tube (PMT) detector, which transmits these point-by-point signals to a computer for image assembly.

Popular LSCMs on the market include the FluoView series from Olympus, Tokyo; the TCS series from Leica Microsystems, Wetzlar, Germany; the Digital Eclipse C1 from Nikon, Tokyo; and the LSM series from Carl Zeiss. The ability of LSCMs to generate high-quality images with relative ease from specimens prepared for conventional optical microscopy often makes it a method of choice over electron microscopy.

LSCM has also been instrumental in the analysis of live samples. "In the last few years, biomedical microscopic imaging has increasingly focused on functional analyses in living samples, ranging from cells kept in cell culture to live animals," explains Zimmermann. The duration of cellular processes ranges from milliseconds for calcium signaling to hours for cell division, so confocal fluorescence techniques capable of live-cell analysis require flexibility in imaging speed.

But, exposing living samples to high-intensity laser light can damage the specimen. In their excited state, fluorophores react with oxygen to release free radicals and cause cellular damage, which induces a stress response in cells, affects experimental outcome, and eventually may kill the sample. To minimize the phototoxic effect, the imaging process should be as gentle as possible.

REAL-TIME IMAGING One way to do that is to use a Nipkow disk. Paul Nipkow first used a spinning disk with holes to transfer an image as an electrical signal in 1884. But it would be another 84 years before Mojmir Petran integrated the device into a microscope. The term "Nipkow disk" now refers to a scanning disk with multiple, symmetrically placed spirals of pinhole apertures through which illumination light is passed and split into multiple minibeams. Spinning the disk scans the sample in a raster pattern.

The UltraVIEW system from PerkinElmer Life and Analytical Sciences, Boston, equipped with the dual-Nipkow disk confocal head from Yokogawa Electric, Tokyo, features 20,000 pinholes arranged in an elliptical pattern across the aperture disk, which allows the whole field to be illuminated simultaneously by approximately 1,000 microbeams. The scanning unit contains an additional microlens disk to prevent light loss through the aperture disk.

Twenty thousand microlenses carefully aligned in the upper disk focus collimated light from the laser onto corresponding pinholes in the lower disk, resulting in an approximately 50-fold increase in light efficiency compared to the classical single-disk arrangement, according to Fedja Bobanovic, global product manager at PerkinElmer. Fluorescent light from the sample returns through the objective lens and pinholes, which exclude unfocused light and generate a confocal image captured by a CCD camera.

Multipoint excitation and detection enables viewing and capturing of images in real time. This is particularly useful for recording fast intracellular processes, such as calcium flux events associated with muscle contractions. And, because multibeam scanning delivers a lower radiation dose than LSCM, Nipkow disk systems feature reduced phototoxicity and photobleaching, facilitating studies of the cell cycle and other light-sensitive processes.

The combination of high acquisition speed and high spatial resolution enables true 4-D imaging. "The most significant advantage of Nipkow disk systems is the ability to monitor the whole imaging area simultaneously," explains Baggi Somasundaram, product manager, Atto Bioscience, Rockville, Md. "As a result, rapidly occurring events within living cells can be observed confocally without compromising resolution--events that would be missed during the time required to perform a laser scan."

Atto's CARV module, based on the single Nipkow disk design, uses a halide/mercury or xenon arc lamp as an illumination source, allowing full-spectrum (360 nm-700 nm), real-time confocal imaging. Used in combination with commercially available fluorescence filters, CARV can image any fluorescent marker. The modular device can be attached to most inverted or upright fluorescence microscopes.

One of the newest designs in confocal microscopy, still awaiting commercialization, is based on the digital micromirror device (DMD) or digital light processor from Texas Instruments in Dallas.2 It uses over a million micromirrors on a silicon chip to reflect light into or out of an optical path. For confocal microscopy, the micromirrors create a pattern of reflection pinholes for highly parallel light collection.

"The DMD can produce tens of thousands of reflection pinholes," says Jeffrey H. Price, associate research scientist, Department of Bioengineering and Whitaker Institute of Biomedical Engineering, University of California, San Diego. "The resulting improvement in sensitivity translates into lower light, more nondestructive confocal imaging, or higher acquisition speeds for fixed-tissue specimens." Price, who is also founder and chief scientist at Q3DM, San Diego, adds that DMD systems are most useful for imaging large tissue volumes, such as characterizing a cancer biopsy or studying live tissue in vitro or in vivo.

HANDLING MULTIFLUORESCENCE The commercial availability of a wide range of fluorescent proteins and other fluorescent markers, combined with advances in rapid and high-resolution imaging technologies, has enabled life science researchers to conduct real-time functional analyses of live cells and whole organisms.3 This in turn has driven technological advancements in confocal microscopy, says Zeiss' Zimmermann.

HIGH-THROUGHPUT SCREENING The ability to generate multiplexed data at the subcellular level from live cell assays, combined with the increased automation and throughput of imaging technologies, has led to the rapid penetration of high-content screening (HCS) technologies in primary and secondary drug screening, ADME/Tox profiling, and functional genomics studies. Cellular assays typically fall into two categories: protein localization or translocation, and specific cell functions, according to Dirk Ullmann, director of biology services at Evotec, Hamburg, Germany.

"The main reason for the shift towards HCS is the ability to perform assays in high-throughput," explains Ullmann. "The improvements in throughput may be attributed to better instrumentation and robotics for cell-based assays, new cellular assays that can be performed in tandem, and sophisticated software for automated visualization and interpretation of cellular events."

Spurred by researchers' need for higher throughput and faster imaging, confocal microscopy has clearly advanced in recent years. Microscopy companies continue to improve resolution and speed, expanding the range of applications. Zeiss' Zimmermann notes, however, that the present incarnation of confocal microscopy is far from perfect. "The ideal system would be an automated, noninvasive, high-speed, ultrasensitive, and high-resolution imaging machine, capable of analyzing quantitative data on diverse cellular functions in real time. Clearly, we have a long way to go." 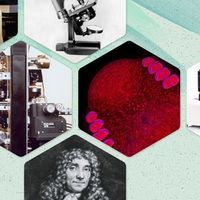