The discovery of even a single case of mad cow disease can be economically devastating. Since May 2003, three cases of the prion disease have been found in Canadian cattle, prompting 34 countries to slam their doors to Canadian beef. Though about half have relented, the industry still lost more than $5.8 billion (US), largely in live-animal exports.

Because there is currently no reliable way to test an animal for bovine spongiform encephalopathy (BSE) antemortem, farmers with diseased animals must destroy entire herds. A live-animal test could thus prevent the needless slaughter of healthy animals – and reduce potential losses.

Two recent events suggest such a test could be forthcoming. First, Calgary-based Vacci-Test announced June 16 it would begin offering a live-animal field test by autumn. More recently, researchers at the University of Texas Medical Branch at Galveston (UTMB) reported a test to detect prions in blood samples.1

The next step will be detecting prions in the blood of asymptomatic animals and applying the technology to human blood samples; something that will likely happen within a year, Soto says. "It is very possible to be implemented into a large-scale detection system that can be used for screening, for example, every single blood unit, to make sure they don't have prions," he adds.

Vacci-Test, on the other hand, claims its live-animal diagnostic is ready to go. Validation data based on 2,000 unidentified blood samples obtained from reference labs in the United Kingdom and France is being submitted to European authorities. Company president Bill Hogan expects the test will cost under $20 per animal. (Bio-Rad Laboratories' postmortem tests, says company spokesperson Susan Berg, cost between $6 and $8 each.)

Transmissible spongiform encephalopathy (TSE) expert, Jacques Grassi, head of the Pharmacology and Immunology Unit of the French Atomic Energy Commission (CEA), is skeptical. "For me, it is nothing. I don't know [the inventors, Jacques Mayet and Louis Léry]. No data has been published, not even on their Web site."

Besides, adds Bio-Rad's Guillaume Camard, "A live test might be fine for surveillance, but what we want to know is that when a cow arrives at a slaughterhouse, can the meat can go into the food chain? If you didn't test the animal right at the very end, specifically for BSE, you cannot get a true answer."

Terry McElwain, executive director of the Washington Animal Disease Diagnostic Laboratory in Pullman, cites other concerns. BSE infection occurs primarily at a young age, with an incubation period of around four years, he says. "But you have to ask yourself, where is the infective agent during that four-year period and how do you validate that test on a population basis... before the animals develop any clinical brain disease?" And, he adds, "How do you know, when the 14-3-3 marker is not there, that the animal is truly negative?"

Jean-Philippe Deslys, who coordinates NeuroPrion, the world's largest prion disease research network, is another skeptic. Several groups are getting close to a live-animal test, he says, but "I think we still have a lot of work to do before having something practicable for the field." That, says Deslys, could take another two years, though he says "the first real results" could be announced at Prion 2005 (Dusseldorf, Germany) in October.

According to Koen Van Dyck, head of the TSE section, European Commission Health and Consumer Protection Directorate General, at least one other company is also in the hunt. "One antemortem [test] was selected for participation in... laboratory evaluation, and this evaluation is still ongoing," Van Dyck writes via E-mail. He declined to reveal details, but says the test's sponsor is a German company.

Whether any of these assays actually prove effective remains to be seen, but other companies have claimed to be on the verge of a live-animal test only to fail. A year ago, for instance, GeneThera was optimistic; today, the company's Web site bears no mention of such a test. (The company did not respond to interview requests.)

Says Grassi, "There are a lot of claims but, believe me, nothing has actually been demonstrated. As far as I know there is none that has been validated," which makes the Texas team's results all the more interesting. "We have been inundated with requests from companies and venture capital groups," Soto says. 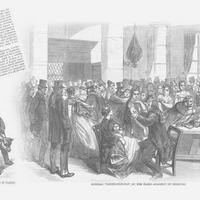