Biologists have long known that every major structural technique has its limitations. In the past few years many researchers have begun to employ, by virtue of necessity, hybrid approaches to solve questions such as protein assembly. "The overriding message these days is that structural biology is not a single technique," says Peter Wright of the Scripps Research Institute in La Jolla, Calif. "NMR [nuclear magnetic resonance], crystallography, EM [electron microscopy], spectroscopies...

OF X-RAYS AND TIGERS

X-ray crystallography is the oldest of the three techniques. Yet because it requires that living molecules be transformed into static crystals, the method presents an imaging challenge. "Crystallography is like looking at various taxidermy displays of tigers," says Scott Fraser, the Anna L. Rosen Professor of Biology and director of the Biological Imaging Center at California Institute of Technology. He explains that the technique cannot capture the dynamics of protein assembly. "[Additionally] you're constrained by crystal contacts, as if you're now taking your tigers and packing them like an Escher drawing. And you're hoping that relates to something the tiger normally does."

The "taxidermy" problem is one of the main criticisms of conventional crystallography. The crystal is irradiated with monochromatic light while being rotated approximately a tenth of a degree per second over a period of several seconds, which limits temporal resolution, and thus can lead to misinterpretation of data. "You can't capture fast dynamics," says Fraser, continuing his metaphor, "If a tiger waved its tail, does it get blurred out by the method? Do you wind up thinking a tiger is a giant lynx?"

Time-resolved X-ray crystallography is one approach to overcoming this problem. Keith Moffat, the Louis Block Professor of Biochemistry and Molecular Biology at the University of Chicago, pioneered the technique; he uses it to study molecular mechanisms of light-dependent signal transduction in plants. The temporal resolution of nearly 150 picoseconds is fast enough to see the movement of protein side chains.

The technique uses a pump-probe technique in which a crystal is excited ("pumped") by discrete pulses of laser light. The structural effect of the excitation is then determined ("probed") using a subsequent, intense X-ray pulse from a synchrotron; the duration of that pulse drives the time resolution. As the time difference between the laser and X-ray pulses is varied, the time course of the structural changes is traced out.

"The pump-probe technique is extensible to much shorter time scales; you just need shorter pulses to pump and probe," says Anfinrud, "When fourth-generation X-ray sources are built, such as the LCLS at Stanford and the Tesla FEL in Germany, their ultrashort-duration X-ray pulses would allow us to observe atomic-scale protein structural changes on the chemical time scale."

But for all its speed, the method appears to be limited to systems that can be optically triggered. Moffat optimistically counters, "Nature has figured out how to make many diverse systems light-sensitive." Although all the experiments to date have been done with photolysis, Moffat also points out, "Light is not the only possible trigger for reactions in the crystal; a change in any physical or chemical parameter that alters structure, such as temperature, pressure, [or] pH would also work."

Whether conventional or time-resolved, crystallography still needs crystals. Philip Dormitzer, an assistant professor at Harvard Medical School, studies cell entry by rotavirus for vaccine development and has applied NMR to the problem. In an effort to study the rotavirus cell-binding receptor, Dormitzer's lab tried biochemical techniques to find the rigid parts of a flexible entry protein that would crystallize, but to no avail for a key receptor-binding domain.

The team turned instead to NMR, using it to define a candidate domain for crystallization. As NMR has no problem with unstructured proteins, the team thus played into the technique's strengths. Wright's lab at the Scripps Institute, for instance, uses solution NMR to study CBP/P300, a system of gigantic transcriptional coactivators with many intrinsically unstructured domains, and small domains held together by metals such as zinc that bind to other unstructured activation domains.

Dormitzer's team used the technique to hone their X-ray efforts. "With NMR we could define which parts of the molecule are flexible, which parts are rigid, get rid of the flexible parts, and determine the simplest ligand that would bind efficiently. Once we had all that NMR done, the trimmed-down molecule crystallized in complex with ligand," says Dormitzer.

"This is a timely and sophisticated approach to an important problem in structural biology," writes Stanley J. Opella, Department of Chemistry and Biochemistry, University of California, San Diego, in an E-mail. "By taking advantage of NMR's inherent ability to detect intramolecular motions, they can tailor the polypeptide for rapid and accurate structure determination by X-ray crystallography. The approach has the additional advantage of focusing on the domains that have well-defined structures and interact with ligands."

NMR offered additional benefits such as measuring binding affinities and looking at motions within the molecule. But Dormitzer ran into NMR's size limit, now at approximately 35 kDa for a complete structure determination of a monomeric protein; he and his collaborators solved that problem using cryo-EM.2

He notes another size issue, too. "People think of crystallography as requiring a lot of protein, but NMR requires even more if you're going to do a real reconstruction. We actually purified three grams of the protein [the rotavirus VP8* core] we solved by NMR; that's an order-of-magnitude more than you need for a crystallographic reconstruction."

But even collecting that much protein may not be enough, as solution NMR occasionally presents a paradoxical problem: In order to be examined, proteins must be dissolved in solution, but the resulting compound may be too big for the technique. It's not likely to be too large for cryo-EM, however.

Cryo-EM was created in part to answer a basic problem in electron microscopy, says Fraser. "If you try to look at one protein in EM with enough electrons to see it at good resolution, you cook it before you see it, you just irradiate it to death," he notes. "People have jokingly called it 'electron necroscopy,' the study of a dead thing."

The name cryo-EM actually covers several different methods. As a catchall term, it generally refers to studies for which the protein sample is snap-frozen at extremely low temperatures (-180°C to -260°C). When frozen so quickly, the protein, now embedded in vitreous ice, is fully hydrated without water crystals.

Three common approaches are used in cryo-EM. In electron crystallography the original sample is arranged as either a two-dimensional array of molecules (a planar crystal), or helical tubes (helical reconstruction). To get 3-D information the 2-D crystal array is recorded at different tilt angles, which are reconstructed to produce a 3-D, atomic resolution map; the tube yields a 3-D map without tilting.

Electron tomography is used for asymmetric structures that are not identical, such as whole cells or the nuclear-pore complex. Instead, the technique examines the single object through a range of views around a fixed axis, and then reconstructs the 3-D structure of the single object from the resulting tilt series.

In single-particle reconstruction (or analysis), the scientist takes dozens of micrographs, each of which may contain as many as 1,000 identical macromolecules (particles) frozen at random orientations. A software program then analyzes the images, picks out the individual particles, interprets them as different views of the same structure, and reconstructs the molecule accordingly.

Joachim Frank, who used this latter method to reconstruct the ribosome at high detail from 110,000 particles, explains how labor-intensive it can be. "That would be 110 micrographs if each micrograph has 1,000 particles, and if all of the micrographs are perfect, and each of the particles is perfect. But since this is never the case, one winds up taking many more micrographs to come up with 110,000 reasonable-quality particles."

Single-particle techniques and tomography have become popular tools to solve assemblages too large for NMR and X-ray crystallography. "Happily for macromolecular complexes that are hard to crystallize, half a million Daltons or bigger, single-particle analysis cryo-EM is fairly easy. It's almost a general case that you're going to be able to get 20 Å resolution," says Eva Nogales, department of molecular and cellular biology, University of California, Berkeley. Nogales uses helical reconstruction to characterize the conformational change in tubulin that leads to microtubule depolymerization.

Electron crystallography offers a tremendous advantage in determining the structures of membrane proteins, because they can be studied after they've been purified and reconstituted in a lipid bilayer. "It may be [that] some of these proteins are not functional any-more when they're taken out of their milieu, and if they're not in lipids, you're just studying something else, something [that] is not functional," says Nogales.

One of the field's triumphs belongs to Frank, the creator of single-particle analysis, who has worked out the structure of the ribosome to 7.8 Å. Although parts of the ribosome were solved by X-ray crystallography, the entire, assembled ribosome has been best studied with cryo-EM. Explains Nogales, "What [Frank's lab] has been able to do that no crystallographer has been able to do is study the ribosome bound to a never-ending number of all of these cofactors that interact with the ribosome. Because he overcomes the requirement of the crystallization step, most of the functional data is actually coming from Joachim Frank."

"There is increasingly the feeling that [although] the routine accomplishment of getting close to atomic resolution is probably very hard to achieve, the routine accomplishment of something in the area of 8 Å would be something to shoot for," says Frank. But he offers a research challenge that may stand in the way: If it takes 110,000 particles to achieve 8-Å resolution, it could take a million to reach 3 Å. Worse, due to what Frank calls "conformational bifurcation," once that size is reached, one might discover that half the population is in a slightly different state than the other.

"We cannot discover this at 8 Å," says Frank, "We will discover it later on, so if we really want to get to atomic resolution we would have to split the population at that stage." So, one million samples becomes two million, and it could get worse from there, since additional bifurcations could become apparent only at higher resolutions. "We might wind up with a need to collect 50 million particles in order to get any of the subsets to a satisfactory resolution," warns Frank.

As researchers get caught up in new approaches, Dormitzer cautions that one essential technique is not being advanced as quickly: the biochemistry necessary to both produce enough material and to find targets that are sufficiently well-behaved to crystallize. "As these techniques become more powerful and advanced, the traditional biochemistry becomes the roadblock," he says. "Although recombinant expression and affinity purification are real advances, the basic business of obtaining soluble, pure, crystallizable protein preparations is largely based on very old-fashioned stuff with 1950s and 1960s techniques. If you could develop a more efficient way to define the structurally tractable domains of a protein, you could greatly accelerate the progress."

Nevertheless, interest in converging techniques is growing, if a recent conference devoted to hybrid methods is any indication. Also, scientists from each field are attending each others' specialized conferences. Summing up the situation, Nogales says, "If you want to get the whole picture of how a macromolecular complex works, you may have to use all these three [methods] and more things we haven't talked about." 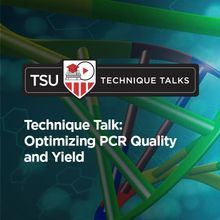