Bert Vogelstein has an unusual complaint about the humans whose genetic defects he studies: "We're diploid." That can make it difficult to detect mutations in individuals who are heterozygous at particular loci, a situation that can occur with autosomal dominant traits and in carriers of recessive traits. To find these mutant genes, researchers typically amplify the gene and then sequence the resulting amplicons. Yet if a chunk of DNA is missing from the template, says Vogelstein, who studies the molecular genetics of human colorectal cancer at Johns Hopkins University, "then the only thing you amplify with PCR ... is the wild type or normal allele, so you never see the mutation."

Several years ago Vogelstein's lab developed a technique to "convert" diploid human cells into mouse/human hybrids bearing a single copy of a given human chromosome, from which haploid templates can be made.1 By performing "a bunch of neat little genetic tricks" on hybridoma technology, such as creating a repair defect to make chromosomes stable, the team created a cell line called E2. The cell line would easily fuse with human lymphocytes, spit out most of the human chromosomes, and then retain what remained for subsequent generations, Vogelstein explains.

A publication earlier this year showed that the so-called conversion technology enabled detection of about 33% more mutations involved in colorectal cancer than were seen using diploid templates.2 Most participants in the study were presumed to have a haploid defect in one of three mismatch repair genes, which is a known predisposing cause of hereditary nonpolyposis colorectal cancer (HNPCC, also known as Lynch syndrome), although the mutations themselves had not been seen.

HNPCC thus far has only "a very loose definition, and we know that it's not that accurate," says lead author Graham Casey, chair of the molecular pathology working group of the Colon Cancer Family Registry. "What our paper set out to do was to try and see if there were any other families that meet the clinical definition of HNPCC, but for whom we hadn't yet found a mutation."

The Cleveland Clinic researcher explains that by identifying the patients who actually have mismatch-repair mutations and the locations and functions of those mutations tests can be developed to better define the syndrome. This, in turn, should lead to improved screening, counseling, surveillance, and treatment. That's important because, he says, when the mutations are large genomic deletion/rearrangements, DNA sequencing alone can't detect them.

To find these genetic lesions, Jan Schouten of the Microbiology Research Center-Holland in Amsterdam suggests supplementing sequencing (or denaturing HPLC, a technique commonly used in Europe to detect small changes in DNA composition) with other techniques to specifically detect copy-number changes.

But most such techniques have drawbacks, he notes. Fluorescence in situ hybridization, for instance, can detect only large deletions, while multiplex ligation-dependent probe amplification, a technique that is used by most European diagnostics labs and which Schouten invented, can be used only to detect known mutations. Conversion analysis, Schouten adds, requires weeks to perform, "and you cannot use DNA samples that have been stored ... we certainly do not see conversion analysis as any threat to our business."

The recent study compared conversion analysis with DNA sequencing from diploid templates – "what at the time the study started was the 'the gold standard' for finding mutations," notes Nickolas Papadopoulos, who created E2 as a postdoc in Vogelstein's lab. Papadopoulos was subsequently brought on as chief scientific officer at GMP Genetics of Waltham, Mass., the company that originally commercialized the methodology.

Regardless of whether haploid templates yield improvements in mutation detection, conversion does have the advantage of generating cell lines from which RNA can be derived. This downstream analysis allowed Casey and colleagues to interpret a number of mutations. "Although I did find [the mutations] by DNA sequencing, says Casey, we couldn't tell whether they were in fact meaningful or not, or causative or not," such as missense mutations and putative missplicing mutations.

Mayo Medical Laboratories (MML) of Rochester, Minn., has licensed the rights for conversion and its downstream applications, called conversion analysis, from GMP Genetics. Once implemented and validated in their hands, Mayo expects to use conversion for in-house and contract medical testing, says Dave Herbert, director of business development at Mayo Collaborative Services, MML's parent organization. He cites significant interest from researchers both at the Mayo Clinic and around the world. MML is open to sharing the technology or providing cloned alleles. 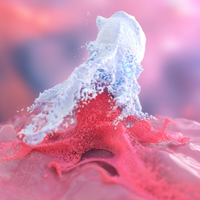 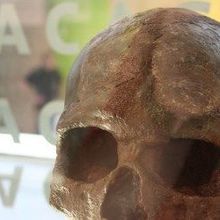