Do you need to "light up" your cells with a colorful tracer or study the effects of loading cells with a given macromolecule? Representatives at Molecular Probes, Eugene, Ore., say that many of their customers asked for a simple large-scale method for cell loading. The Influx pinocytic cell-loading reagent was developed in response to these requests for an easy way to deliver water-soluble compounds to the cytosol of cultured cells. Tailor-made for convenience, this product is used in a method that harnesses the eukaryotic cell's endocytic pathway.

In endocytosis, cells use an elaborate internal membrane system to ingest macromolecules and deliver them to digestive enzyme-laden lysosomes; resultant metabolites are released to the cytosol. Eukaryotic cells continuously take in droplets of the extracellular fluid via one branch of the endocytic pathway. In this process, termed pinocytosis ("cellular drinking"), portions of the plasma membrane fold inward. The consequent pouch is pinched off from the plasma membrane, thus forming a membrane-enclosed pinocytic vesicle. The vesicular contents pass through a series of distinct endosomal subsets on their journey to the lysosome.

The Influx cell-loading procedure is based on the osmotic lysis of pinocytic vesicles.1,2 Briefly, the compounds to be loaded are mixed with a hyperosmotic medium containing sucrose and polyethylene glycol. The polyethylene glycol stimulates the membrane fusion events required for vesicle formation, thus promoting material to be carried into the cells via pinocytosis. "In early studies," explains Dr. Brian Storrie, a professor at Virginia Polytechnic Institute, Blacksburg, Va., "my colleagues and I found that hypertonic sucrose blocks endocytic transport at an early stage." The sucrose solution inhibits lysosome formation and results in a buildup of early pinocytic forms. Unable to proceed to lysosome formation, the compound loaded is thus trapped in pinocytic vesicles and early endosomes. The cells are then transferred to a hypotonic medium. The osmotic pressure causes the vesicles to burst, filling the cytosol with the exogenous compound.

Molecular Probes has used its Influx pinocytic cell-loading reagent to label a number of cell lines with a diverse array of its fluorescent probes. The company found that loading cells with fluorescent compounds using the Influx reagent results in a uniform cytosolic staining pattern. Further, the procedure did not cause readily detectable detrimental effects to any of the cell lines tested. According to Molecular Probes, more than 80% of the cells remained viable in all of its test studies. Molecular Probes cautions that, although most cell types load quickly and easily, optimal conditions for loading must be determined for each cell type. In most cases, cell labeling can be accomplished in one 30-minute loading cycle. When necessary, labeling can be enhanced by repetitive loading.

The Influx pinocytic cell-loading reagent is supplied in time-saving sets of individually capped tubes, each containing an optimized mixture of sucrose crystals and polyethylene glycol. Molecular Probes contends that the Influx reagent is also more gentle to cells than are other methods, such as microinjection and electroporation.

Dr. Howard Riezman, a professor and leading endocytosis researcher at the Biozentrum of the University of Basel, Switzerland, comments, "In principle, the idea of internalizing material under hyperosmotic conditions into endosomes and then breaking these endosomes with a hypo-osmotic shock works fine." However, Dr. Riezman does urge researchers to keep in mind that side effects caused by hyper- and hypo-osmotic treatments are not well characterized and could cause problems in some cases. The upshot is that, like all methods, Influx has its pros and cons. It is likely good for some, but not all, applications. 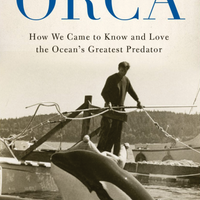 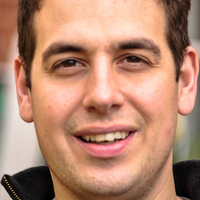