When Andrew Fire of the Carnegie Institution in Washington, DC, set out to understand some confusing results obtained with antisense RNA in 1998,1 he could not have known he was firing the opening salvo in a biotech revolution. What he stumbled upon was a potent and simple way to knock down gene expression in eukaryotic cells called RNA interference, or RNAi.

Researchers in academia and industry alike hitched their wagons to RNAi's star, and in the years following its discovery, the number of papers on RNAi jumped from 15 in 1998 to nearly 1,000 in 2003. Corporations changed direction in midstream, jumping from disappointing projects based on ribozyme and antisense RNA to projects dealing with RNAi. One company, Ribozyme Pharmaceuticals in Boulder, Colo., even rechristened itself Sirna Therapeutics to reflect its new vision. named RNAi the technology of the year for 2002,...

THE SOUND OF SILENCE

Much of the technique's popularity stems from the ability of exogenous siRNAs or dsRNAs to induce degradation of particular RNAs. Thus, RNAi provides benefits for academics, who see it as a simple way to make functional gene knockouts, and also for drug developers, who envision a way to turn the effect into therapies.

RNAi has specific cellular functions, including the guiding of gene expression in development. In , for instance, -4 encodes a 22-nucleotide RNA that controls the timing and sequence of postembryonic development.2 About 200 such regulatory RNAs have been identified in humans, according to McManus, who expects more will turn up with increased investigation. Supporting a role for small RNAs in mammalian development, McManus says his conditional Dicer knockout mice don't survive past gastrulation if he disables the RNAi pathway too early.

RNAi also appears to defend against dsRNA-containing viruses. Not surprisingly though, the viruses are fighting back. Shou-Wei Ding at University of California, Riverside, has found that some pathogens, including flock house, influenza, and vaccinia viruses, actively block the RNAi response.34

"This is the strongest evidence so far that RNAi is an antiviral response in humans," Ding says, who notes that these anti-RNAi proteins would make excellent drug targets. "If we can stop that viral suppression of RNAi, our bodies would be able take care of the rest," he says.

Originally discovered in worms, RNAi has had growing pains in mammalian systems, where the introduction of large dsRNAs can trigger a virus-tackling interferon response that shuts down protein production altogether.5 Injecting short siRNAs instead of longer dsRNAs at first appeared to temper that response,6 but in the last year, two groups reported finding activated interferon genes in human cells transfected with siRNA.78

But this isn't necessarily a cause for alarm, says Nassim Usman, chief operating officer at Sirna. "These results are difficult to interpret because they were done in cell culture," he says, adding that Sirna's researchers have yet to observe an interferon response to siRNA in vivo. McManus says a full-blown response by interferon would produce widespread changes in siRNA transgenic mice, which he also hasn't seen. "Clearly, if there was a huge problem then we wouldn't be able to make live animals," he says.

Stephen Scaringe, founder and chief scientific officer of siRNA supplier Dharmacon in Dallas, says the effect varies from molecule to molecule. "Some siRNAs cause the response and others do not; we assay for it," he says. Dharmacon produces a line of modified siRNAs that he says do not activate the interferon pathway.

Recently John Rossi and colleagues of the City of Hope and Beckman Research Institute of the City of Hope, Duarte, Calif., made a discovery that could explain the confusion.9 The group found that injecting synthetic siRNA did not cause an interferon response, while siRNA synthesized in vivo from a T7 RNA polymerase did. This response seemed to be mediated by the initiating 5' triphosphate.

Despite these lingering questions, RNAi has quickly become a popular way to assess gene function, especially given the creation of genome-wide libraries for worms, flies, mice, humans, and other species. "RNAi has completely taken over the target-validation field," Usman says.

Zisi Fotev, Chief Business Officer at Cenix in Dresden, Germany, notes that many different RNAi libraries are available. What differentiates companies is how effectively they adapt their screening assays for use with RNAi. Cenix, he says, expects to screen 6,000 druggable genes identified by Bayer with up to four different RNAi assays in less than nine months. The company has adapted its assays for a 96-well format and uses an siRNA library generated by Ambion of Austin, Texas. The company also has isolated 15 drug targets from its internal efforts.

Similar libraries have been used to assay much of the 12 and genomes.13 Julie Ahringer, a Wellcome Trust senior research fellow at the University of Cambridge, UK, says that since making her worm library publicly available in 2002, whole genome screens have been published for genome stability and fat metabolism, and studies are underway for genes involved in lifespan extension, cell division, and apoptosis, among others.

"RNAi is making the research go much faster," Ahringer says. Previously, she explains, a researcher might identify a group of 20 mutants and work with them piecemeal to determine howthey fit into a process. But with genome-wide RNAi libraries, she continues, scientists can see the big picture, which "allows you to start working on how they all work together. I think that's why the RNAi technique has been embraced so quickly."

With so much information being generated, data retrieval becomes an issue. Both the fly and worm communities maintain databases of RNAi experimental data (see FlyBase and WormBase, respectively), but Kris Gunsalus and Fabio Piano, both at New York University, envision something broader. They've compiled worm RNAi data into a comprehensive database with information about the assay, resulting phenotypes, videos or photos of the phenotypes, dsRNA target location, and possible sequence homology with other genes that could lead to nonspecific inhibition. "We can do a search for all these phenotypes, and within seconds we can get a list of all the related genes," says Piano.

So far RNAi has proven itself in the realm of high-throughput screening, but the technology is also quickly headed for the clinic.14 In part, the enthusiasm for this transition stems from the normality of the process in biology. "You are harnessing this naturally occurring mechanism," Usman says. "Once we make the siRNAs drug-like, their chances of working are high because your cells know what to do with them."

For now, most drug companies are eyeing the low-lying fruit: diseases caused by a clear genetic glitch that involve cells where the siRNA is already inclined to go, and that already have validated therapeutic targets. "One big mistake people make is to go after unvalidated targets with unvalidated therapies," Usman says.

The siRNA therapy that will likely reach humans first will target macular degeneration, the leading cause of blindness in the developed world. Caused by overexpression of vascular endothelial growth factor (VEGF) in cells in the back of the eye, the disease has several attributes that make it an ideal RNAi showcase. First, siRNA injected into the eye is in a contained environment and can't diffuse away. Cells overexpressing VEGF also happen to be the eye's scavengers, ingesting debris such as passing siRNA. Finally, VEGF itself has been validated with protein antagonist therapies that are now in human trials.

"The planets are really lined up well for this disease to be addressed by siRNA," says Dale Pfost, president and CEO of Philadelphia-based Acuity Pharmaceuticals. Both Sirna and Acuity have tested their anti-VEGF siRNA in mammals and expect to be conducting human trials within a year. Cambridge, Mass.-based Alnylam has also identified macular degeneration as an early siRNA target.

Next in line: viral diseases such as hepatitis B and C. Like macular degeneration, these have a clear and validated genetic target, but they also have the local advantage: siRNA injected into the bloodstream is quickly degraded, but any remaining siRNA lodges in the kidneys and liver, where it can survive for several days and, as reported in some studies, blocks viral gene expression. Usman says a hepatitis B or C therapy would probably involve a daily or weekly injection, a small price considering the low success of current therapies.

RNAi eventually can be used in gene therapy to treat systemic diseases, but, says Usman, this application is more complicated. "Gene therapy adds a level of complexity to an already unvalidated technology," he says. As with other forms of gene therapy, questions remain about how best to deliver the siRNAs to cells, for instance. Approaches run the gamut from high-pressure injection into the tail vein in mice to viral delivery.14

Nevertheless, siRNA gene therapy has shown preliminary promise in treating HIV, syncytial virus, influenza, and polio,14 and has displayed enough specificity to selectively silence the dominant allele that causes amyotrophic lateral sclerosis. But with gene therapy still a distant dream, it could be many years, if at all, before the siRNA hype becomes a therapeutic reality.

Amy Adams is a freelance writer in Mountain View, Calif. 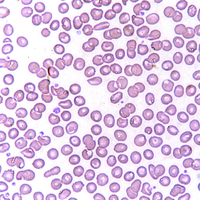