The first stage of human sleep shows an electroencephalogram (EEG) pattern of high-amplitude waves in the cortex. This stage represents the deepest level of sleep and is characterized by slow and regular heart and respiration rates. Throughout slumber, we also experience periods of rapid-eye movement (REM) sleep, during which low-voltage waves of brain activity resembling those of the waking brain can be seen on an EEG. During REM sleep, which is when humans are known to dream most vividly, the eyes dart around rapidly and the body experiences numerous physiological changes, such as increased heart rate and irregular breathing. People will switch between REM and slow-wave, or non-REM, sleep throughout a normal night’s sleep. 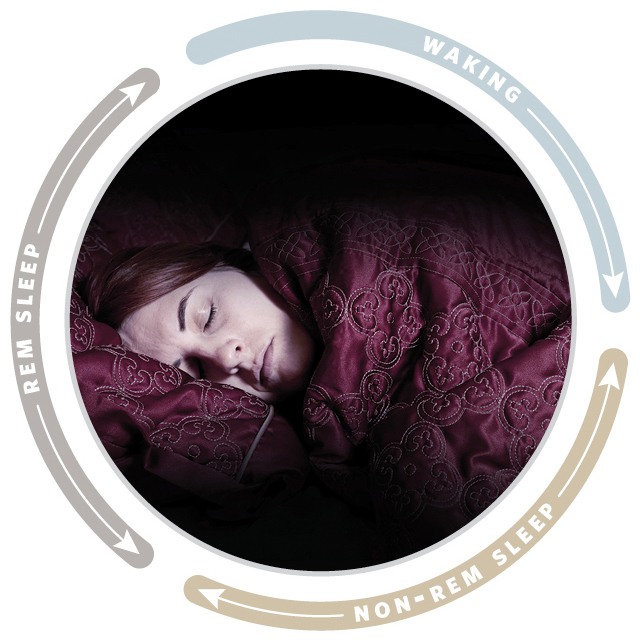 Sleep and waking are under both circadian and homeostatic regulation. Individuals of a species tend to sleep at about the same time each day, as dictated by their circadian clocks, but sleep deprivation can cause animals to sleep even during normal waking hours. Animals are harder to wake when they are recovering from sleep loss, and exhibit slow waves with higher-thannormal voltage during non-REM sleep and more activity of the eyes and body during REM sleep. These effects are known as sleep rebound.