ROUTES TO REPRESSION: The oldest LINE-1 transposons in the human genome are no longer transcribed due to the accumulation of mutations (1). DNA-binding proteins called KRAB-ZFPs and their partner KAP1 repress slightly younger LINE-1s, which originated in our ancestors’ genomes between 26.8 and 7.6 million years ago (2). KRAB-ZFPs have not evolved the ability to recognize more newly evolved transposons, which instead are repressed by methylation, possibly triggered by small RNAs called piRNAs (3).THE SCIENTIST STAFF

EDITOR'S CHOICE IN GENETICS AND GENOMICS

Transposable elements—chunks of DNA that copy and reinsert themselves throughout chromosomes—make up about half of the human genome. Long interspersed element-1s (LINE-1s) are among the few transposable elements that are active in humans, continuing to express and amplify their 6–7 kilobases of DNA. They are a key driver...

In germ and embryonic cells, the control of LINE-1 activity is especially important, as any changes to the genome will be magnified as the organism develops. In adult cells such control is usually exerted through DNA methylation, but embryonic cells undergo an epigenetic overhaul, and the marks that usually suppress LINE-1s may be missing.

In a recent study, molecular virologist Didier Trono and his colleagues from the École Polytechnique Fédérale de Lausanne in Switzerland uncovered a clue regarding how human embryonic stem cells silence LINE-1s. Their findings suggest that transcriptional repressors called KRAB-containing zinc finger proteins (KRAB-ZFPs) recognize specific sequences of some LINE-1s and recruit the protein KAP1 to prevent transcription of the transposons.

While KRAB-ZFPs can explain some of the transposon repression in embryonic stem cells, they don’t explain it all. LINE-1s are ancient components of the genome, continually evolving as animals’ cells adapt to successfully repress them. Knocking down KAP1 in human embryonic stem cells did not significantly affect the activity of evolutionarily old or young LINE-1s, but it increased the activity of the medium-age ones. The researchers conclude that KAP1 only suppresses LINE-1s that evolved and spread throughout the genome between 26.8 million and 7.6 million years ago.

It likely takes some time for organisms to evolve KAP1-mediated repression of LINE-1s. In the meantime, the researchers speculate, they evolve stopgaps for keeping the transposons under control. Prior to the evolution of the highly specific DNA recognition required for KAP1, small RNAs may trigger DNA methylation that silences LINE-1s, Trono’s team suspects.

“The idea of a first line of repression based on small RNAs that can be later extended to a tighter KAP1-mediated control is very appealing,” Iñigo Narvaiza and Rusty Gage of the Salk Institute for Biological Studies said in a joint e-mail. Gage, Narvaiza, and their colleagues, who were not involved in this study, had shown previously that a small RNA called piRNA suppresses activity of evolutionarily young LINE-1s in human pluripotent stem cells.

In support of the theory that DNA methylation is key for controlling young LINE-1s, when the researchers knocked down enzymes that methylate DNA, they found that the activity of newly evolved LINE-1s increased, while the activity of medium-age LINE-1s largely stayed the same. And a separate study published in the same journal issue as Trono’s article shows that piRNAs, previously known to repress LINE-1s via DNA methylation in mouse germ cells, can also repress them via histone modification.

Following millions of years of suppression, the oldest LINE-1s have largely lost their activity. “They’re so transcriptionally inert they actually don’t need to be controlled anymore,” says Trono. 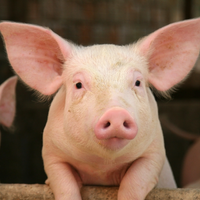