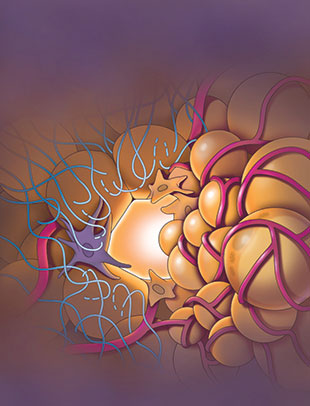 Pumping up
Fat-cell development from precursors is an essential process that occurs throughout life, but when in overdrive, contributes to obesity and metabolic dysfunction. In charge of fat-cell production are two transcription factors, PPARγ and C/EBPα, present in the cell nuclei of adipocytes. To observe their dynamics at different life stages, Philipp Scherer at the University of Texas Southwestern Medical Center and colleagues needed to look in vivo.

Diverging pathways
The researchers created transgenic mice that selectively lost expression of C/EBPα or of PPARγ, predominantly in developing and mature adipocytes. When C/EBPα was knocked out in embryos, the animals’ subcutaneous fat still developed normally, while knocking out PPARγ stopped development of the fat pads. In adult mice white adipogenesis did depend on C/EBPα, but already-mature adipocytes were able to survive without it—and brown or beige adipogenesis did not require the protein at all. “We managed to, in vivo, put a few additional nuances on the process,” says Scherer.

A clearer picture
“Experiments in vitro . . . suggested that C/EBPα was dispensable for adipogenesis as long as PPARγ was present, but that the converse was not true. Using these sophisticated tools, that’s now shown to be true in vivo,” says Evan Rosen, an adipogenesis researcher at Beth Israel Deaconess Medical Center in Boston, Massachusetts, who was not part of the study.

Applications
The Scherer team’s approach may be relevant to antidiabetic drug development, Scherer notes. PPARγ agonists are currently marketed as antidiabetic agents, but concerns have been voiced about negative cardiovascular side effects. “We would like to use the inducible knockout system to identify better downstream PPARγ targets that might be antidiabetic,” says Scherer. 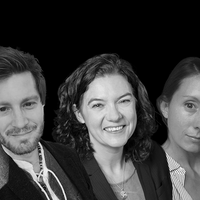 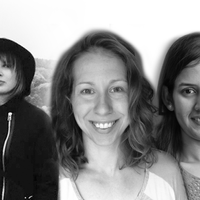