Clare Watson is an Australian freelance science journalist with a background in biomedical science who traded her pipettes for a pen after a series of close encounters with an astronomer, a turtle conservation project, and an MRI machine.

ABOVE: Legionellales bacteria, like the red chains of Legionella pneumophila seen multiplying here inside the protozoan Tetrahymena pyriformis, may have been invading eukaryotic cells for nearly 2 billion years. Centers for Disease Control and Prevention/Don Howard

The ability of one cell to ingest another, called phagocytosis, was a crucial step in the evolution of eukaryotic cells and may explain how membrane-bound organelles first came to be. But some researchers argue that cells would have needed to evolve mitochondria to fuel phagocytosis. Lionel Guy, a microbiologist at Uppsala University in Sweden, didn’t intend to wade into this debate, he says, when he began profiling an understudied group of bacteria called Legionellales whose members live inside cells and include the bacterium that causes Legionnaire’s disease. 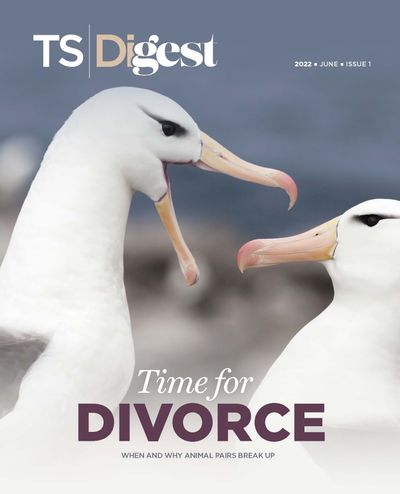 Guy and his colleagues compared a collection of recently published Legionellales genomes isolated from environmental samples and noticed that members of the group shared the same molecular tools that protect against being digested, suggesting that the group’s common ancestor had adapted to life inside bacteria-eating eukaryotic cells. “That shows phagocytosis already existed at the time of the first Legionellales,” says Guy.

The team used molecular clock techniques to date the group’s last common ancestor to 1.9 billion years ago, plus or minus a few hundred million years—Guy notes that “there is a lot of uncertainty” because their age estimate hinges on a single biomarker. Still, he says, the timing suggests that early eukaryotes could engulf bacteria before they had mitochondria, whose origins have been estimated at between 1.2 billion and 2 billion years ago.

University of Queensland microbiologist Phil Hugenholtz, who was not involved in the work, says that reconstructing bacterial evolution is notoriously difficult because bacteria don’t leave fossils, only chemical traces, and because researchers have documented only a tiny fraction of microbial life. These findings, while interesting, do not rule out the possibility that mitochondria evolved before cells could phagocytose, he says, noting that “there’s quite a bit of spread in those estimated dates.”