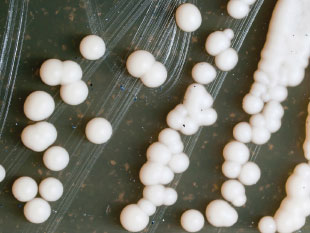 Chromosomal commotion
Like many organisms, lab yeast (Saccharomyces cerevisiae) is intolerant of aneuploidy. “In the lab strain that’s been most studied, cells with an extra copy of a chromosome have just crazy different expression across the transcriptome,” says yeast researcher Audrey Gasch of the University of Wisconsin–Madison. But wild yeast, Gasch’s team recently found, may not be so sensitive.

Distribution dilemma
A reanalysis of Gasch’s data, published by yeast researcher Angelika Amon of MIT, revealed equal proportions of genes with higher- and lower-than-expected expression (eLife, 5:e10996, 2016). To conclude that dosage compensation is occurring, “there should be a departure from the one-to-one correlation between gene-copy number and expression levels” beyond the variation expected from statistical noise, says Amon. “When we looked at their data, there was no skewing. It was just a normal distribution, which is what you’d expect when gene expression doesn’t change.”

Opposing opinions
In its latest article, Gasch’s group argues that a distribution approach to dosage compensation may miss subtle differences in expression. “We’re thinking about it in different ways,” Gasch says. “I think this is of evolutionary importance, regardless of how many genes are subject to this effect.” She adds that the team will now investigate the mechanisms driving individual gene-expression differences between aneuploid strains of wild and lab yeast. 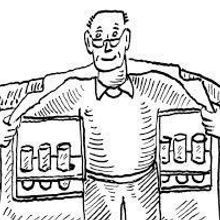