ABOVE: Weaver ants (Oecophylla smaragdina) and other ant species may protect their plant hosts from infectious bacteria and fungi.
KIM AAEN, NATUREEYES

Some ants produce natural antibiotic chemicals to defend themselves against fungi and bacteria. Ecologist Joachim Offenberg of Aarhus University in Denmark wondered what effect these compounds had on the health of the plants the ants called home. “We had this thought that if ants produce antibiotics, maybe these antibiotics could have an effect . . . on the diseases of the plants they walk on,” he tells The Scientist.

In a review of studies investigating the effect of ants on plant pathogens, he and fellow Aarhus ecologist Christian Damgaard found that, out of 30 plant species that were commonly inhabited by some kind of ant, 18 showed a decrease in the effects of pathogens. These included reduced bacterial load and increased germination rates enjoyed by plants inhabited by ants compared with plants of the same species that did not host ants. 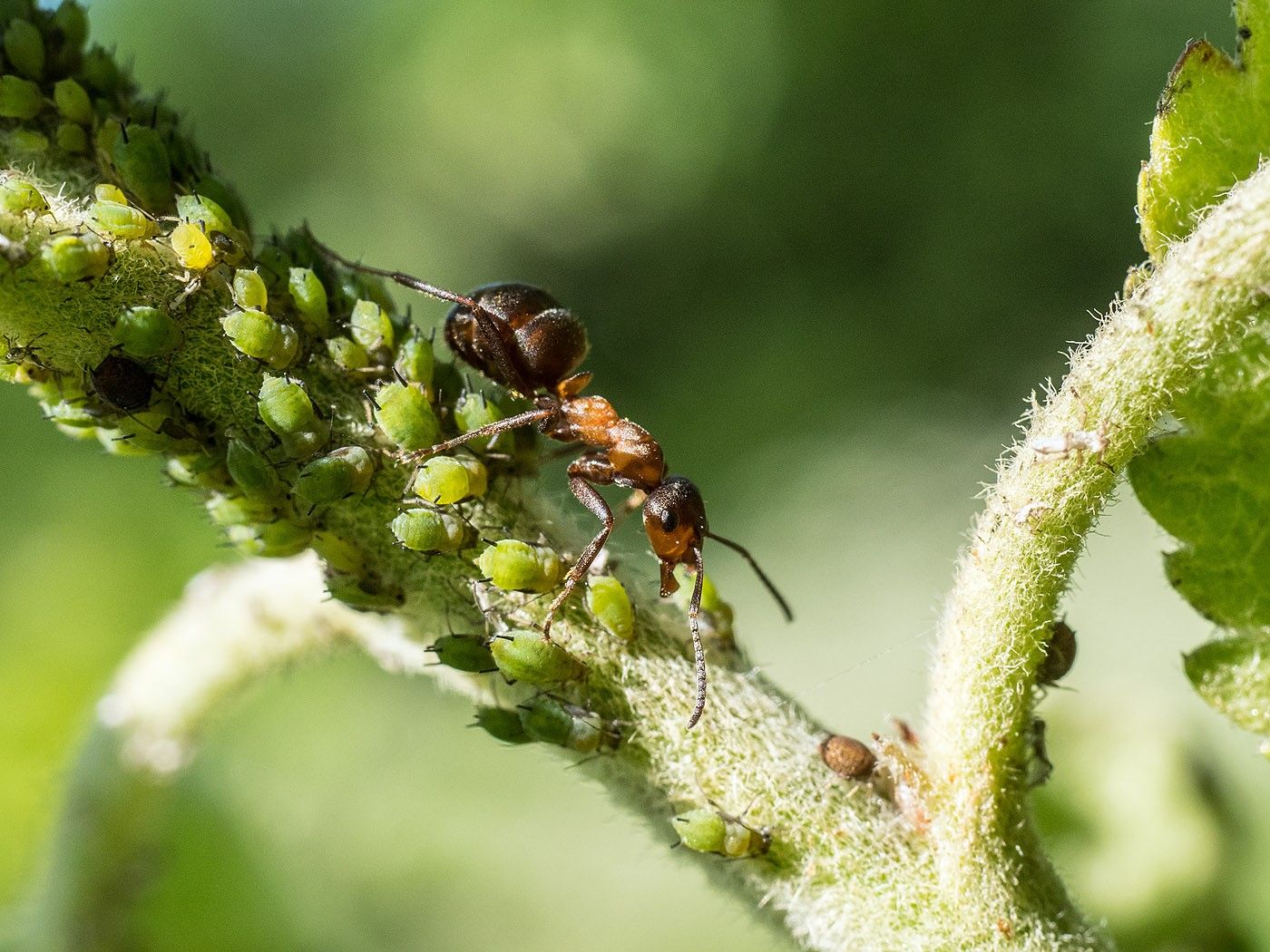 Data have long confirmed that ants provide protection to their botanical hosts by eating pests, says Andreas Schramm, a microbiologist at Aarhus University who was not involved with the study. “The chemical defense of plants is really another direction that the authors quite convincingly put out here,” he says. Overall, Offenberg and Damgaard estimated that the effects of ants’ antibiotics were comparable to the benefits plants receive from the insects’ consumption of herbivorous pests.

Six of the plant species had increased pathogen incidence with ants, however, and six either had no significant difference between groups or insufficient data. Offenberg notes that a plant that hosts  ants may already have a major infection that can’t be controlled with ant-produced antimicrobial compounds. Moreover, the insects can inadvertently disperse pathogens: fungal spores, for example, can cling to their legs.

The paper is “more than a review,” says Schramm. “It’s actually a really good analysis that points especially to the holes in our knowledge.”