Archaea can mate by latching together with cytoplasmic bridges and exposing their genomes to each other to be recombined. To test whether archaea pick up spacers during mating, the researchers let two species of halophilic archaea mingle for 24 hours. Chromosomal markers allowed the team to identify archaeal spawn of two different parent species. Indeed, members of both species acquired spacers from each other during mating. “I was surprised to see that mating would really induce acquisition of spacers so broadly,” says Gophna. In further experiments, the team found that mating efficiency fell when archaea had spacers matching their would-be partner of the other species, suggesting the spacers thwart such pairings.

The study shows that “CRISPR can target not only phages and plasmids, but also chromosomal DNA from other species,” says Luciano Marraffini, a microbiologist at Rockefeller University who was not involved with the work. He thinks that in addition to warding off attacks, CRISPR influences evolution by interfering with mating between archaeal species.

Gophna’s team observed another oddity—that in the genetic scramble of interspecies mating, archaea sometimes acquired spacers that instruct their CRISPR systems to pull out chunks of their own DNA, encoding mostly nonessential functions. Gophna sees this “semi-random process” as a way that archaea purge their genome of possibly unhelpful DNA integrated long ago. 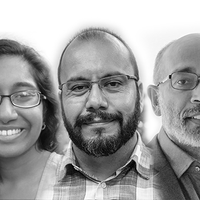