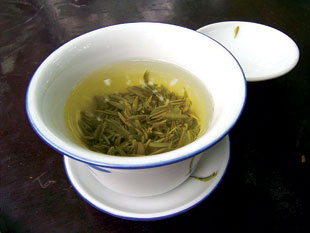 GOOD FOR YOUR ENZYMES: Green tea’s beneficial effects may be due to a boost in enzymes that protect and repair DNA. MCKAY SAVAGE/WIKIMEDIA COMMONS

The context
Researchers have long reported that green tea drinkers have better health outcomes, but why that is has been unclear. To get to the cellular roots of these observations, Iris Benzie of the Hong Kong Polytechnic University and her colleagues monitored the activity of DNA repair enzymes in lymphocytes shortly after people drank a cup of green tea and after a week of drinking two cups of tea each day.

The findings
An enzyme critical for fixing DNA damage from oxidation, hOGG1, and another that protects against such damage, heme oxygenase-1 (HMOX-1), were more active after the 16 study participants drank tea, compared to when they drank water. The team also found 30 percent less DNA damage in lymphocytes 60 minutes after a cup of tea. Benzie says the finding “opens up a whole new avenue to look at the molecular mechanisms” of green tea’s effect on cells.

The mechanism
Genes coding for hOGG1 and HMOX-1 did not show an increase in expression. The authors speculate that green tea triggers posttranslational changes that prolong the enzymes’ half-lives or their ability to protect and repair DNA. There’s also the possibility that increased HMOX-1 could be a sign of oxidative stress induced by green tea that prompts antioxidant defense and enhanced DNA repair.

Another cup
“It’s a good preliminary study,” says Susanne Henning of the University of California, Los Angeles. She recommends studying animal models for a clearer understanding of the molecular mechanism in all tissue types. It also remains to be seen whether the changes Benzie observed actually correspond to any health benefits. 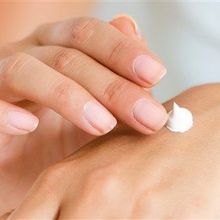